Review: "Hellbound" is a brutal display of human faith and hypocrisy 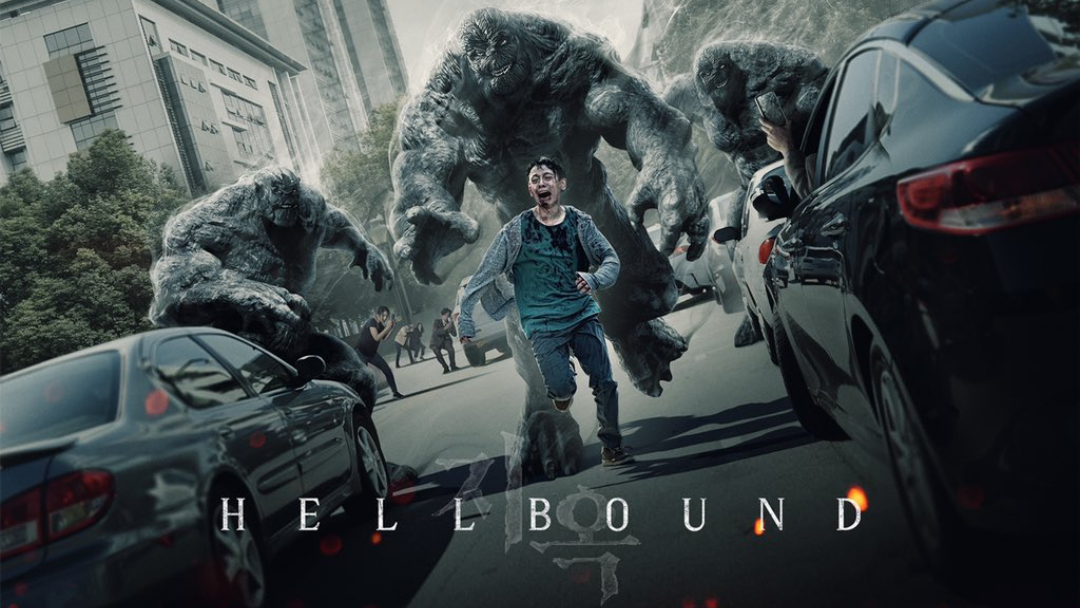 For all its fiction, "Hellbound" is a deeply realistic story of a human reaction to the unknown and the way institutions deal with crime.

Another South Korean series takes first place on Netflix by viewership, statistics show FixPatrol. Shortly after the animated League of Legends series Arcane pushed her Squid Game from the top, Hellbound became the most viewed on the streaming platform in more than 80 countries, within just 24 hours of its premiere.

The gloomy fantasy thriller series Hellbound is directed by Jon Sang-Ho ("Train to Busan"), while the script of Choi Q-Sok is based on the eponymous web site (online Korean comics). The music is on Kim Dong-Wook, and interpret the main roles Yu Ah-In (which is known to the general public for its excellent performance in the film Burning), Kim Hyun-ju, Park Jeong-Min и Von Jin-Ah.

What would you do if you found out when and what your death would be like?

From the beginning of the first episode it becomes clear that Hellbound it will be a bloody and gloomy "wake-up call". The action during the six episodes takes place in the near future in the city of Seoul, when a supernatural force suddenly materializes in a demonic trio that punishes people for their sins before taking them to hell.

"Sinners" in Hellbound receive "Decree" (message) from a prophet who predicts the exact time of their death. Their judgment day is inevitable, and they can only wait for the punishment of the three demons - brutal, bloody and painful, clear as day and visible to everyone.

However, no matter how much attention these creatures attract, the focus is not so much on them as on their effect on further human behavior. Causing the world to panic over his life and condemnation of others, Hellbound manages to capture the feeling of collective helplessness in a very specific way.

New developments lead to the birth of a new religion, the formation of new religious cults with a sweet-spoken leader Jong Jin-Su (perfectly revived by Yu Ah-In) who has power and control over anyone who accepts his word. New vindictive groups are formed that abuse the knowledge of the higher power as a "justification" to punish "Sinners", and the police remain powerless in front of them, soon joining the vulnerable category.

Religious fanatics use the public "Demonstrations" (penalties) as a tool for recruiting by recording them and live broadcasts, hoping for high ratings and reactions on social networks, while detectives look at "Sinners" as just another puzzle to solve.

In response, institutions begin to emerge that "hunt down sinners" and protect their honor, providing them with the opportunity to "Private" going to hell, but that service also comes at a price. During this time, in order to protect themselves emotionally, as a kind of Stockholm Syndrome, people on the other side begin to deceive themselves that other people's suffering is deserved, to the extent that they enjoy it.

For all its fiction, "Hellbound" is a deeply realistic story of a human reaction to the unknown and the way institutions deal with crime.

The series offers no consolation and does not hesitate for a moment to ask unpleasant questions about humanity, justice, morality, hypocrisy and religion, but ruthlessly challenges the viewer to think about these topics, at a frightening time.

The end opens space for different interpretation and excitement for the already announced second season.

PHOTO | Elizabeth Harley poses dazzlingly with injured leg: Glamorous and with a splint

VIDEO | "The Lord of the Rings: Rings of Power": Announcement of the most expensive TV show of all time!

VIDEO | Federico Fellini was born on this day: Here are his 10 favorite movies