Conversation with Melina Mileski - Silhouette: I can not offer slimming and beauty treatments with 100 kilos and wrinkles 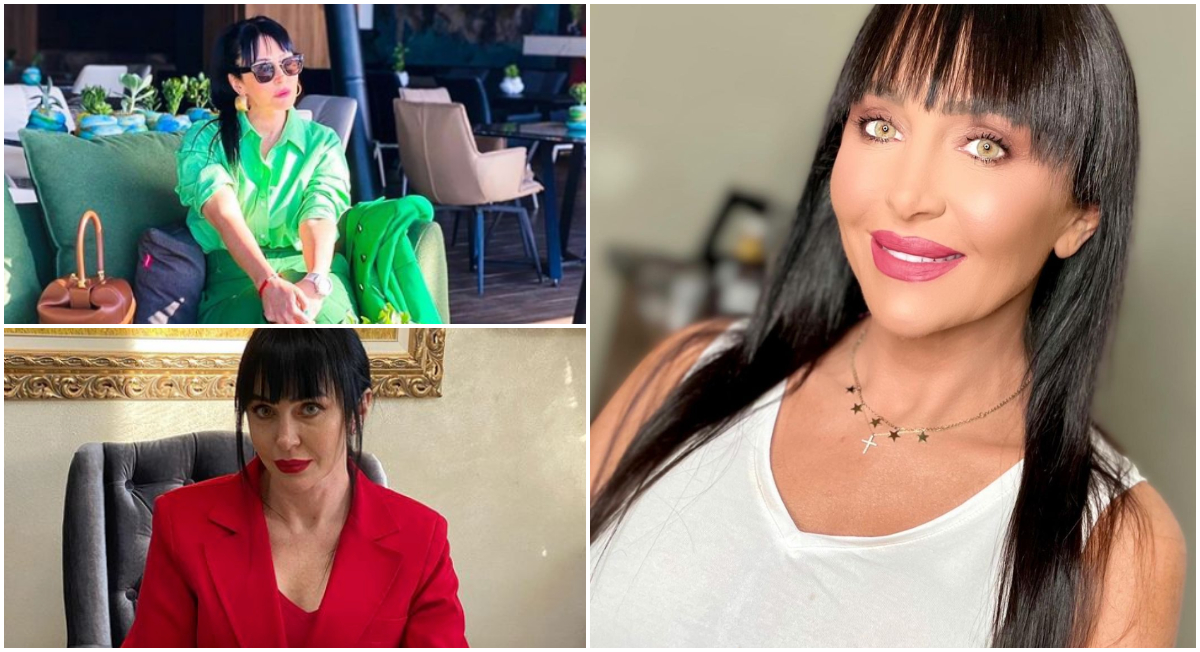 Its name is an association of the salon it owns. One never goes without the other. Melina Mileski is Silhouette and Silhouette is Melina. So it was with me before I decided to write about her. Then I found out that she is also a mother. Not for one, two or three, but for 5 children. And maybe that is her only "immoderation" in life - having many children. Because throughout the conversation he constantly emphasized the need for everything to be moderate, in every period of life, to learn to balance and to organize well.

- My ability to organize well over time has helped me look after five children and run a beauty salon for 31 years. Good management of things, including time, brought me to where I am, says Melina and continues:

- As a child I dreamed of doing something related to tourism, I wanted to travel, atlases and globes, so I enrolled at the Faculty of Tourism in Ohrid. But I do not think that anyone, at the age of 18, can know their own qualities in order to study what suits them best. But I was lucky, so I stayed in Ohrid for only a few months and immediately transferred to economics at Sheffield in Thessaloniki, where I earned a master's degree in Marketing in spas. Then I opened Silhouette, and at the same time I studied and managed a salon.

And there is no doubt that Melina manages the salon in the best possible way. He always wants our city to have the best and latest machines and methods that give the best results. And most importantly, before offering them to customers, test them on yourself to ensure they are effective. But what about home management? - To be honest, I am not an authority on children, they are more their father. I am softer and I try to explain to them through conversation what is good and what is bad. I bring them up in a Christian spirit, to be good and honest people, towards myself and the environment. All five are different, both physically and in character (Dino 18, Luka and Lina twins 12, Lana - 10 and the youngest Leonidas - 6 years), and in the girls I see the heirs of Silhouette. Both are creative and have leadership skills. In 2-3 years from now I want to bring them to work, to slowly start learning and finding their sphere of interest. Lina is especially responsible, she is in a way my assistant. When I go out alone with the children, she plays with my siblings and helps me a lot. It is rare for us all to be at the lunch table together, due to the different timing of the responsibilities, each child goes to training at a different time, but that is why we have weekends, when we all get together. But Melina does not have only five children, but each child has one dog. And how does he manage not to drive us crazy? Probably because of personal moderation and calm. As he told me, now from five dogs, they will "get off" to three, because two of the children do not take enough care of their pet. This is a great example of how to show a child that he is wrong without corporal punishment. Although, she admits that she plucked each of the children only once. And that is remembered and mentioned to this day. Of course, because it was only once. Comparing his childhood with this to today's generations, he regrets that outdoor games, cycling and so on have been replaced by phone games. But she says that it is impossible to completely limit them from that evil, because she herself is constantly with a phone in her hands, because of work, although it is not something that can be explained to small children. As she says, technology also has benefits, for example her children learned English very well.

- From today's perspective, I think it is better for a woman to give birth at a younger age, because then she has more energy and nerves. Although, it is not a law and it is individual for everyone. I had a difficult pregnancy…

After this you will turn off the heating before going to bed: Why is it better to sleep in a cold room than in a warm one?

Everything you need to know about pots and pans: Which dishes are toxic and how to clean them properly

Clinical psychologist with amazing breathing technique: Get rid of stress in minutes