Conversation with Iva Matic, pilot of a commercial airliner: I enjoy the magical purple sunsets and always different sunrises in the sky 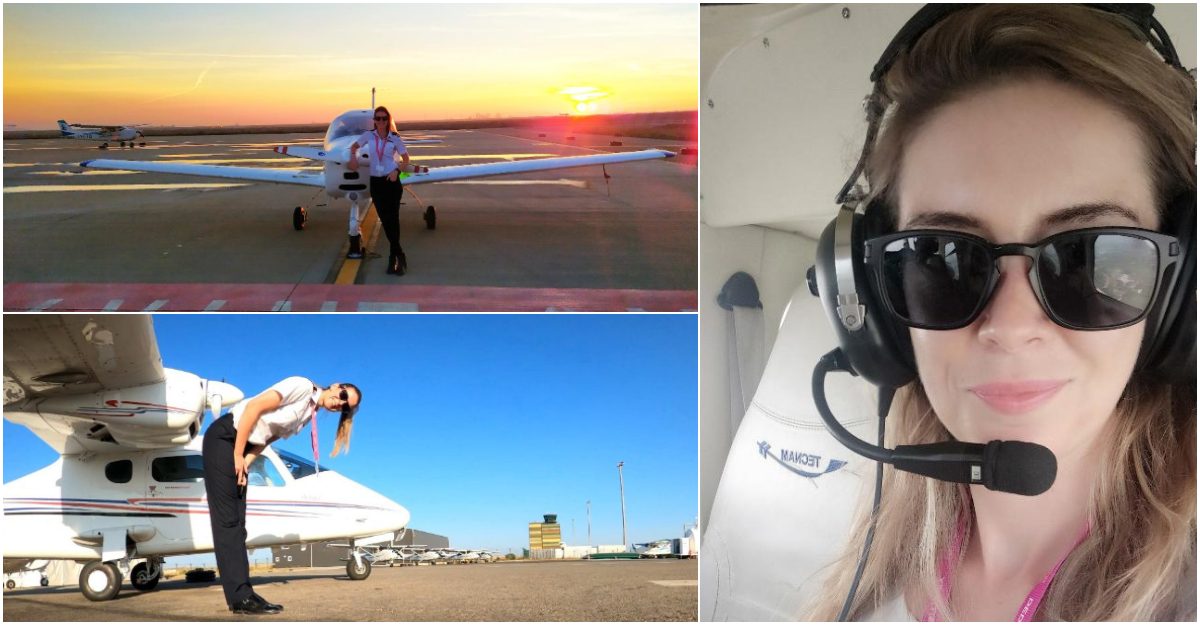 Your dream has come true, after four years you have managed to become a pilot of a commercial airliner. Through what sè passed to get the license?

- Four years from the first thought to go from helicopters to airplanes, otherwise two and a half years of training, which was supposed to last one and a half years, but due to the global situation the completion of the training was delayed.

By the way, during these two and a half years I had theoretical exams which were quite extensive, and I had a very short time to prepare them - in 8 months I had 14 exams, and flights on three different types of aircraft in order to learn the procedures and all the necessary aircraft piloting skills in civil aviation. This is a fairly general explanation, if I go into detail I will need a few pages to describe what I went through. The road to civil aviation is not easy, especially if you come from a country like ours, which is not part of official Europe and where aviation still has a lot to develop.

You have been a pilot for nine years, starting with the RSM Army, as the first woman pilot of a helicopter. But what was the magic in the challenge of becoming a commercial airline pilot?

- Hours spent in the air and, of course, flying with that big bird that is engineering excellence, at night under a cloudless sky full of stars, or flying over a layer of strata that look like a big white cotton sea. At such moments everything is so calm and the feeling for the planet disappears, as if we were flying alone, alone in interplanetary space. Then there are the magical purple sunsets, and the always different sunrises… And many other sights, feelings and experiences that I can talk about for hours.

And now that you have the license, what next? Do you already have an offer?

- Throughout my training I was…

VIDEO | Brilliantine star Olivia Newton-John speaks openly about breast cancer: "Every day is a gift to me"

PHOTO | From a little cactus to an English trumpet: A conversation with Alexandra about which flowers are love and vitamins

Slavcho Poposki predicts: Attention, penetration of colder air mass from the north, here from when!

CONVERSATION | Sonja Z. Andonovi,, author of "Ex Voto": Love is our mirror, if it does not exist, we must invent it!