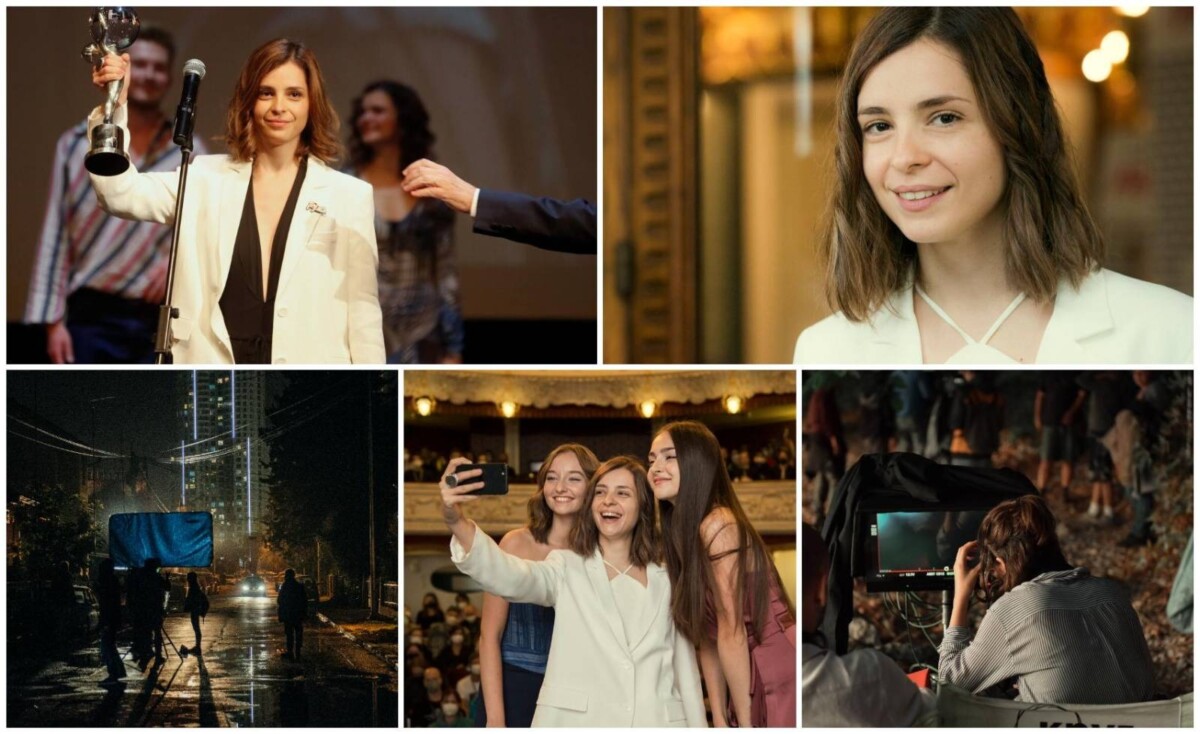 Public reactions to the first feature film by Macedonian director Dina Duma entitled "Sisters", which was selected to be the Macedonian representative for the Oscar for Best Foreign Language Film in 2022 by the Association of Film Workers in Macedonia, have not abated.

Dina Duma graduated in film and TV directing at the Faculty of Dramatic Arts in Skopje in 2014, and in 2016 participated in the prestigious youth workshop "Berlinale Talents".

Behind him are several short films such as "Elena" (2016), "They come from the center of the world" (2017) and "Without love" (2018). The film "Sisters" is her debut feature film, which premiered at the Karlovy Vary Film Festival in the East of the West competition program, where in addition to winning sympathy, it also won a special award from the jury.

Two women pull the main strings in the realization of the film, you as a director, and Marija Dimitrova as a producer. Considering that there are very few women directors and producers in Macedonia, is it finally time for women to express themselves in the main positions in creating a film? What was your experience?

- I sincerely hope that the Film Agency will continue to support more and more directors and producers. I am the third director to make a feature film in our country and I sincerely hope that this number will change and grow. There is a tendency to show that women are equally represented in the film industry worldwide, but this is absolutely not the case. It is easy to make the illusion that it is different, by showing isolated cases, but you have to look at the statistics, and it says that there is no gender balance in the film industry, the ratio is 20 to 80%.

How did you feel when you found out that your first film, "Sisters", is the Macedonian representative for the Oscars?

- It was a pleasant surprise when I found out that the commission decided "Sisters" to be a representative for the Oscars, it was unexpected for me.

What is the last Macedonian film that left an impression on you?

What are your expectations for the competitive race for the Oscars?

- I hope that the film and the team that worked on the film will get even more visibility.

When will the Skopje audience be able to watch the film?

- The Skopje audience will be able to see the film in December when the cinema distribution will start in the Skopje cinemas.

PHOTO: Kovacevski together with Zecevic presented his program to the members of SDSM

The two missing persons were found in Bitola, informs the Crisis Management Center

VIDEO | Sergej confused: Lila or Elena Ristevska - which is a fashion disaster this week

Emotional confession of Prince William: It is this song that emotionally brings him back to the memories of his mother Princess Diana

Three ministries, three deputy posts and another 40 functions: what Alternative gets when it comes to power

Bekteshi: It is possible to expand the list of products with frozen prices