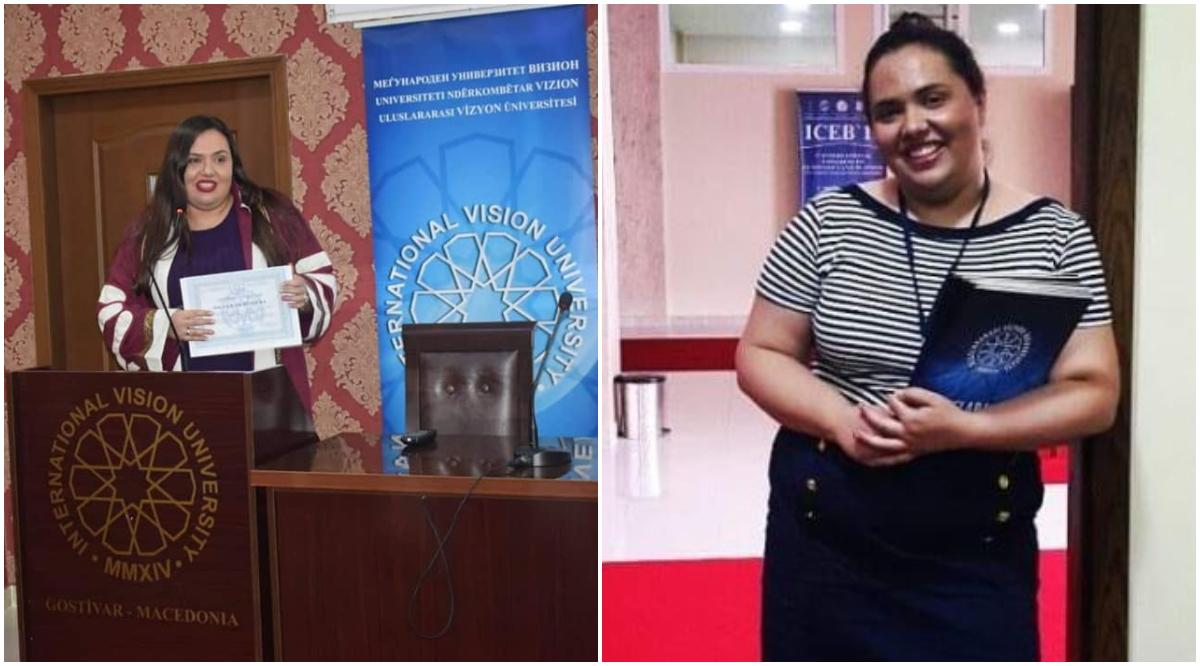 Today's educators need to have enough compassion to understand the various aspirations, but enough courage to speak the truth, and enough defiance to look into the eyes of both future generations and present-day fellow citizens.

Just before the holiday of the Day of the All-Slavic educators, we talked about literacy and education with Assoc. Dr. Vesna Poposka, university professor, independent expert and longtime activist.

What are the main problems that young Macedonians face today in terms of education?

- Given the recent developments, education globally was set before a series of challenges and almost forced transformation and digitalization due to the pandemic, which of course was reflected in our country. In this particular situation, pupils and students faced a lack of digital infrastructure and digital literacy, as did a good number of professors and institutions. In this situation, it has been shown who is really a leader in education, because leadership is reflected in the willingness to change and possessing the necessary skills to adapt quickly. I am sincerely glad that we were one of the few universities that, although the pandemic found him like everyone else, did not welcome him unprepared. Aside from the pandemic as the most pressing problem, I believe that general uncertainty and insecurity most afflict young people, as career choices are often linked to existential or practical reasons. Schools and colleges often lack basic infrastructure, not just digital, and the creativity and interest that will eventually emerge is easier to suppress than to reward and provoke. We often encounter vanity and closedness in academic circles, which we certainly try to overcome with a personal example. In a situation where many young people see their future abroad, it is really difficult to attract students and prepare them for the real sector. An additional challenge is education in the mother tongue because the Law on Higher Education provides funding for higher education only for communities that are more than 20% and conditionally speaking smaller communities can have higher education in their mother tongue only if they finance and organize themselves which is a challenge and disproportionate burden. . In a situation in which the primary and secondary education in the mother tongue are financed by the state, when enrolling in a faculty there is a drastic change and a disproportionate burden for the freshmen from the communities. This situation was the guiding thought when we founded the International Vision University, which is only accredited to teach in Turkish, Macedonian and English, in order to transpose the local context into a global vision and make bridges between cultures and communities more visible.

As a longtime professor, what is your opinion, how literate are we, and what has most irritated you in your experience with student literacy?

- If we take literacy in its simplest form as the ability to read and write, we are probably among the most literate nations in the world and there is not much room for concern, and of course we tend to simplify things only when we should not. On the other hand, if we look at literacy as a complex process and the benefit of civilization, or at least as an ability to reason logically, I am much more concerned about the situation on the other side of the department than among the students. Students are the most wonderful group for work and there are extreme cases in all directions, which bring with them all the habits they acquired in primary and secondary education and their personal characteristics. Some time ago I read about a research according to which young people in Macedonia have the opportunity to use a maximum of 56 percent of their potential and it is a very frustrating realization for which we all bear responsibility. Academic work implies a certain pedagogical and ethical responsibility, so in general I always try to have understanding for everyone, but if something irritates me, it is the superficiality and formality in performing tasks at the level of necessary minimum, even at the level of inhibition and fear of express an opinion, especially if it needs to be supported by facts.

The pandemic has significantly accelerated the spread of digital technology among citizens. How much today is felt the need to develop or implement digital skills, certainly in terms of literacy, at the institutional and individual level?

- Although at the beginning of the pandemic the whole situation looked like a voucher, I think that everything we built in the past made us better people and a stronger institution. It was difficult for those universities that did not have the proper digital infrastructure and licensed platforms for online teaching, we switched online within 24 hours and the experience for both us as an institution and for the students is more than positive. Digital skills and digital literacy are a prerequisite for working for many professions, but also for successfully completing banal things in everyday life that help in the long run for more effective allocation of resources and better time spent. The sooner we understand that and the sooner we apply it, the easier it will be for us both as individuals and as institutions and as a state. Digitalization has enabled a number of conferences, symposia and cultural events, which would usually be too costly for an education system like ours, to become more accessible. On the other hand, in times of economic and energy crisis, rational spending of resources has proved to be more than necessary. I believe that, if nothing else, those lessons learned will remain in our memory in the future.

How should we take care of our language heritage? Where have we done the most wrong so far?

- The first answer that comes to my mind is a brilliant thought from Koneski, who says that language is our only homeland. As long as we keep it, nurture it, guard it, we will be able to think that we also have the homeland. Like "a house, like a home, like a fireplace". We all have the responsibility both as individuals and as institutions. Each of us can make a change, to start using Cyrillic keyboard support on our mobile phone. Next is institutional responsibility. I can jokingly say, when they ask me if I have passed any special language training because I insist on using the literary language, that in Gostivar I learned most Macedonian. Our rector prof. Dr. Fadil Hoxha is a professor of ancient Turkish literature, who spent the entire previous working life at the Faculty of Philology "Blaze Koneski" at UKIM and is uncompromising in terms of the use of standardized Macedonian language. He often knew how to correct me when I used some internationalism and reminded me that "we have a nice word for that expression", for which from today's point of view I am extremely grateful.

Unfortunately, with every exception, media literacy is a serious challenge on many grounds: from the use of language to the generation of fake news. Here is the responsibility of the journalists and the editors, and of the program council of MRTV, but also of the mechanisms for self-regulation, and of course of the politicians and public figures, especially of the so-called "influencers" and social media. Of course, the biggest responsibility lies with policy makers, but the practices of impunity for irresponsibility often make them immune to the dissatisfaction that is generated. The quality of the program content and what it conveys is equally important. I think my generation is literate in the cult "Shaggy Alphabet". To this day, I still remember the literary quotes transmitted by Nenad Stojanovski.

Language is not just a tool, it is a cultural identity, a way of being, transmitting the heritage of civilization. How much are we aware of that and why, in your opinion, is the interest of young people for learning their mother tongue disappearing, and this is shown by the strikingly low interest in applying students to the Department of Macedonian Language?

- There is a thought by Krste Petkov Misirkov appropriate for your conclusion: "I say, fortunately, there is a Macedonian national culture and history, because that fact arms the Macedonian people with invincible weapons in their fight for human rights and free national life as an equal member in the number of cultural nations. " I completely agree that language is our existence, on many levels. We are aware of that and I think we have a consensus on the low interest in studying at the Department of Macedonian Language, but we are less aware that the total number of graduates and freshmen in the country is generally reduced due to emigration and wider social processes that can hardly be stopped if no systemic changes are made in education, health and social services, in quality of life and in living standards. In addition, opportunities to work and earn with the humanities, as well as with the social sciences, are very limited.

What should enlighteners look like today, and what new mission do we need?

- To preserve the memory and heritage of the first educators - the Thessalonian brothers Cyril and Methodius and the Ohrid Clement and Nahum, while remaining their own and leaving a mark in time, as they left - if not for 1000 years, at least for a century . To have enough knowledge to lay the foundations deeply and firmly, and enough flexibility to understand that language is a living matter and that the use of gender-sensitive language is not contrary to the national spirit, so important for the understanding of the soul of the language. To have enough compassion to understand the different aspirations, but enough courage to speak the truth, and enough defiance to look into the eyes of future generations, and current fellow citizens. Cyril and Methodius made an alphabet for all Slavic peoples, it remains for us to preserve and advance it in knowledge and scientific results. Investments in science and in the right people are necessary if we are to remain faithful to the legacy they have left us. Pope John Paul II declared them co-patrons of Europe in 1980 because of their missionary work to unite Eastern and Western Europe. Their mission was called enlightenment and we must keep that in mind in building a vision of what kind of society we want to live in, and that is a standard equally applicable to all to whom the Cyrillic alphabet is or is not part of their mother tongue.

Daily Horoscope for 4th of July: Clear the Clutter and Heed the Advice

Joke of the day: Politician