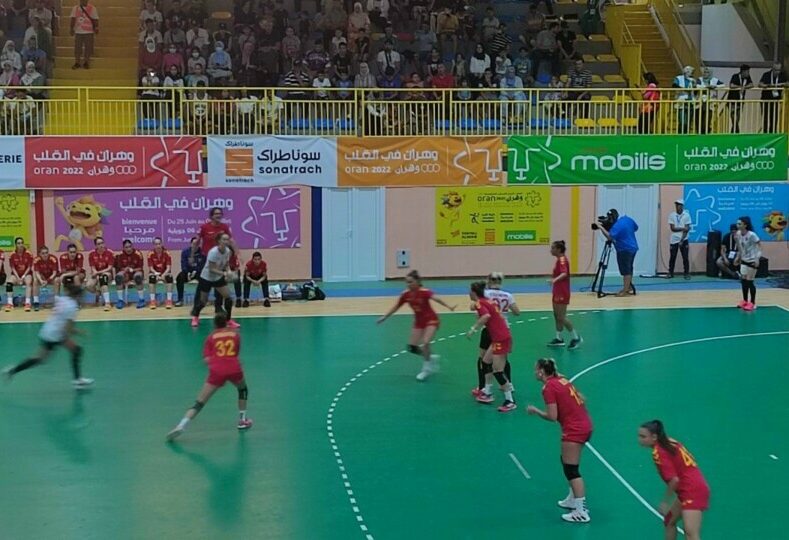 The women's handball national team of Macedonia finished the performance at the Mediterranean Games in Oran, Algeria, winning the seventh place.

The selector Ljubomir Savevski, who performed in Oran with cadets and young women, in the last game, defeated the host Algeria with 31:23 for the seventh place. This was also the first victory for the women's handball players, previously in the group stage they lost to Turkey, Portugal and Serbia.

The uncertainty of the result was present in the first twenty minutes when the handball players led with a minimal 13:12, but in the last minutes of the first part, Dukoska and Minovska with two goals each took Macedonia to a 17:12 advantage.

The dilemmas surrounding the winner were resolved in the first ten minutes of the second half when Macedonia did not concede a single goal, while scoring six and gaining a double-digit advantage (23:12) after which they routinely brought the game to the end. Teodora Dukoska with eight and Sara Minovska with five goals were the most accurate in the ranks of Macedonia, while Borjana Koceva, Emiliana Rizoska and Jovana Kiprijanovska scored four each.