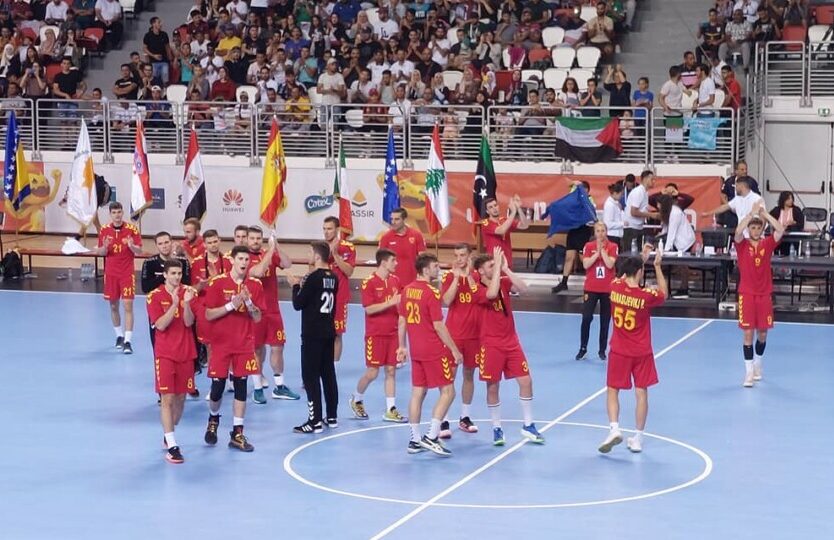 Macedonia's men's handball team failed to secure a medal at the Mediterranean Games being held in Oran, Algeria, after losing to Serbia 34:29 in the third-place match and eventually finishing fourth.

The team of head coach Kiril Lazarov played better in the first half than in the second half. In the opening minutes, it was goal for goal (4:4), and with the goals of Kosteski and Petkovski, Macedonia took the lead with 6:4.

In the second half, Lazarov's team experienced a drop in the game again and it was again punished by the opponent. First, Serbia took the lead with 20:17, and then it reached plus five (24:19).

Until the end of the game, the Macedonian handball players tried to cancel the deficit, but the Serbs managed to keep the advantage and in the end celebrate with 34:29.
Kostadin Petrov with five goals and Petar Atanasijevic with four were the best for Macedonia, while Vorkapic was the most accurate for the Serbs with five goals.