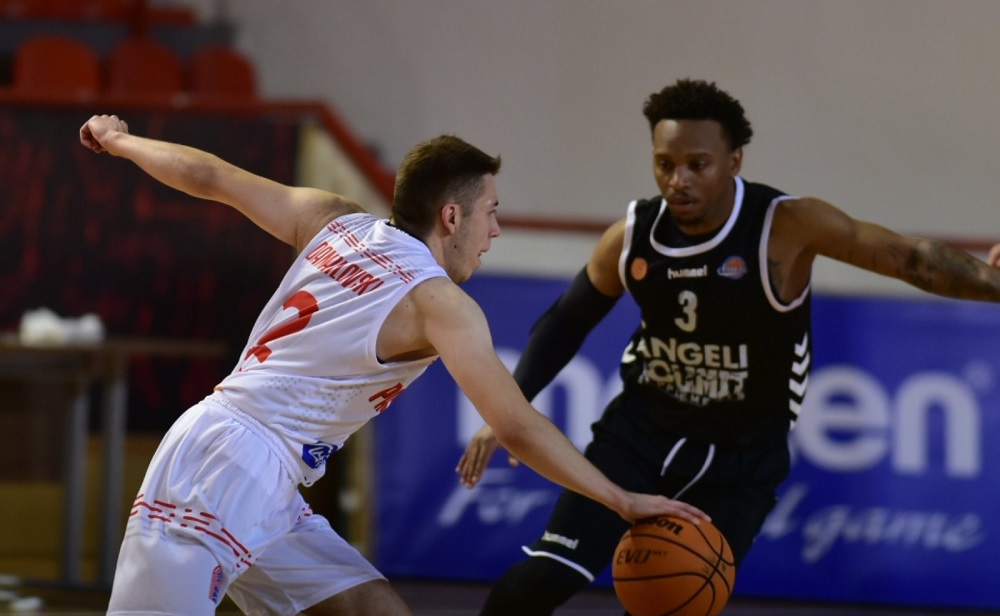 Rabotnicki together with TFT have the maximum effect of points in the Macedonian basketball championship / Photo: kfsm.mk

Angeli's players had a great 15 minutes under "Kale" - Skopje, but did not keep the big lead, ie the favorite Rabotnicki celebrated a convincing victory (86:69) in the third round of the First League.

After the equalized 10 minutes, few expected that the debutant in the company of the best KK Angeli will have such a phenomenal second quarter, in which he reached a surprising "plus 21" basket difference (42:21).

When they saw that there was no joke with Angels, the home basketball players put even more pressure after the break. By the end of the third section, the hosts managed to completely cancel the double-digit lead of the guests from Kisela Voda. And after the two realized free throws of Mustafica, Rabotnicki passed to a minimal lead (55:53). Angels scored only four points in that part of the game, the host even 17!

Emerson had 21 points (six assists) for Rabotnicki, while Manderson scored 22 points (four rebounds) on the opposite side.

Like Rabotnicki, TFT remains the only undefeated team so far this season, in the victory over Kumanovo the most efficient was Horton with 20 points (10 rebounds), and among the losers Gligorijevic had the same effect with one jump less.