First personal testimonies about the terrible accident, Lulzim and Medina told about the hell on the highway 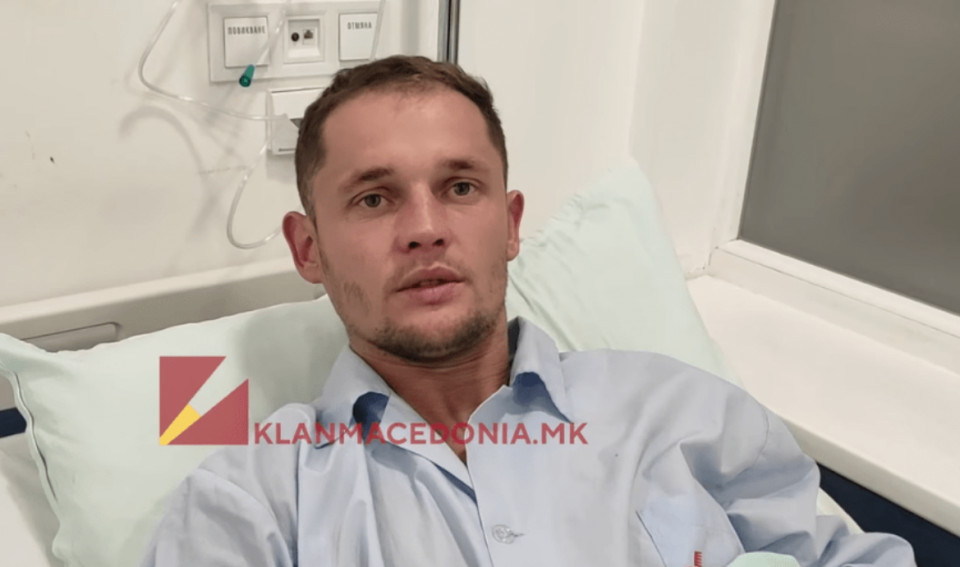 Sulejmani broke the window of the bus and managed to pull six more passengers out of hell / photo: TV Klan / printscreen

The young couple who survived the tragedy in Bulgaria, 26-year-old Lulzim Sulejmani from Presevo and his fiancée, Medina Lutfi (25) from Sopot, Kumanovo, from the Sofia Clinical Hospital, told the hell they experienced on the highway, when the bus burned down. Trans "and 45 people lost their lives.

Sulejmani broke the window of the bus and managed to pull Medina and five other passengers out. The seven are the only survivors of the Struma highway disaster.

Lulzim and Medina tell how they were sitting in the penultimate seats on the bus, and how fortunately Lulzim was awake and aware at the time of the accident, watching the whole horrifying scene with his own eyes.

Sulejmani says that after the fire broke out in the bus, he managed to break the side window of the bus, thus extending his hand and pulling his fiancée, who could not walk, because her leg was broken.

-While the bus was going, it hit the sidewalk from the right side, the wheels of the bus burst and a fire started to break out and there was a lot of smoke. Then the bus moved 20 meters to the left and stopped alone. People started vomiting, screaming like in horror movies. I managed to escape because I took the hammer in the bus and broke the glass. "I took out my fiancée and five other people," Sulejmani told Klan TV.

Medina through tears tells about the horror she went through. Trying to save herself, she heard the cries of many children on the bus.

- I do not know, I was sleeping, and suddenly I heard the passengers crying and shouting. Ljuljzim broke the glass, and I do not know how I got out. When I saw that I had opened the glass behind my head, I jumped hard. Black smoke was like a bomb blast. We all slept, it was about two in the morning. "I heard children crying, there were a lot of children," she said.

Sulejmani, who is a Serbian citizen, was after the accident visited at the hospital by Serbian Ambassador to Bulgaria Zeljko Jovic.

Milevski: Let us all together contribute to the melting of the differences between Skopje and Sofia

Maricic: We do not run away from open issues with Sofia, but we can not build relations only on them

A woman from Kicevo attacked by a pack of 15 dogs

VIDEO | Kucuk: Bulgaria and Northern Macedonia should be connected educationally, culturally and infrastructurally

Von der Layen: BiH has a future in the EU, but only a united one

Budget account of a municipality unblocked after 14 years: How did it work?

Kovacevski: It turns out that Petkov and I chose the right approach

Kucuk: I believe that the new governments in Skopje and Sofia will open opportunities for better understanding