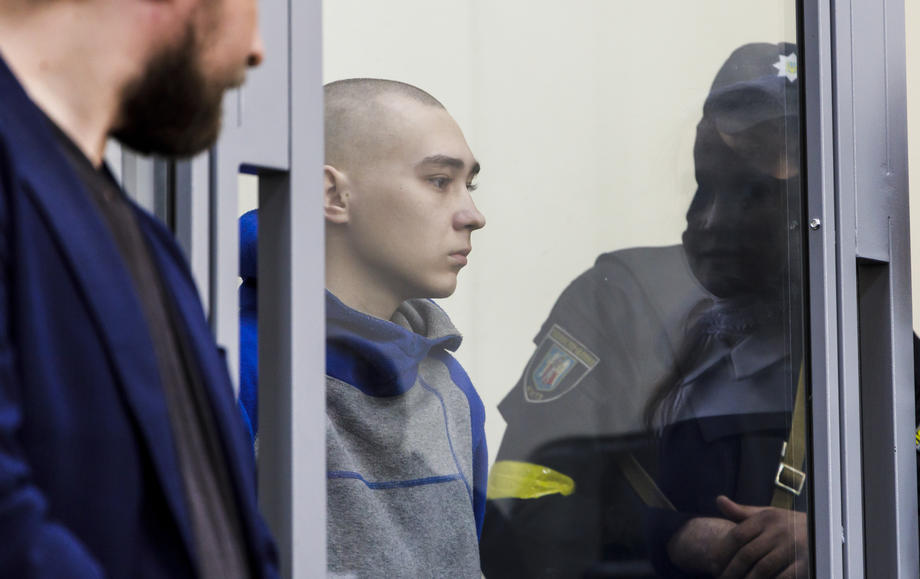 Russian soldier was found guilty and sentenced to life in prison for the murder of an unarmed civilian at the first war crimes trial in Ukraine during the Russian invasion of that country.

Vadim Shishimarin (21) pleaded guilty to the murder of 62-year-old civilian Alexander Shelipov in the northeastern Ukrainian village of Cupahivka on February 28, reports the British Guardian.

He admitted that he shot at Shelipov, but said that he acted on orders and asked for forgiveness from the victim's family.

"With this first trial, we are sending a clear signal that any perpetrator, anyone who ordered or assisted in the commission of crimes in Ukraine will not escape responsibility," said Chief Prosecutor Irina Venediktova.

Vadim Shishimarin sentenced to life in prison in Kyiv just now. He looks like a child. Wonder if the people who ordered him into Ukraine will ever be standing in the dock… pic.twitter.com/EZaRxMUGxU

- Do you accept the guilt, the judge asked.

"Completely?" The judge replied, and the soldier quietly said "yes".

Prosecutors allege Shishimarin was commanding a unit in a tank division when his convoy was attacked.

Shishimarin and four other soldiers stole a car and found a 62-year-old man on a bicycle while they were near Cupahivka, the prosecution said.

Shishimarin was ordered to kill civilians and used a Kalashnikov to kill, they added.

The Kremlin says it has no information about the trial of the Russian soldier and accuses Kyiv of fabricating accusations.

- We still do not have information. Assistance (to the defendants) is very limited due to the lack of diplomatic representation, said Kremlin spokesman Dmitry Peskov.