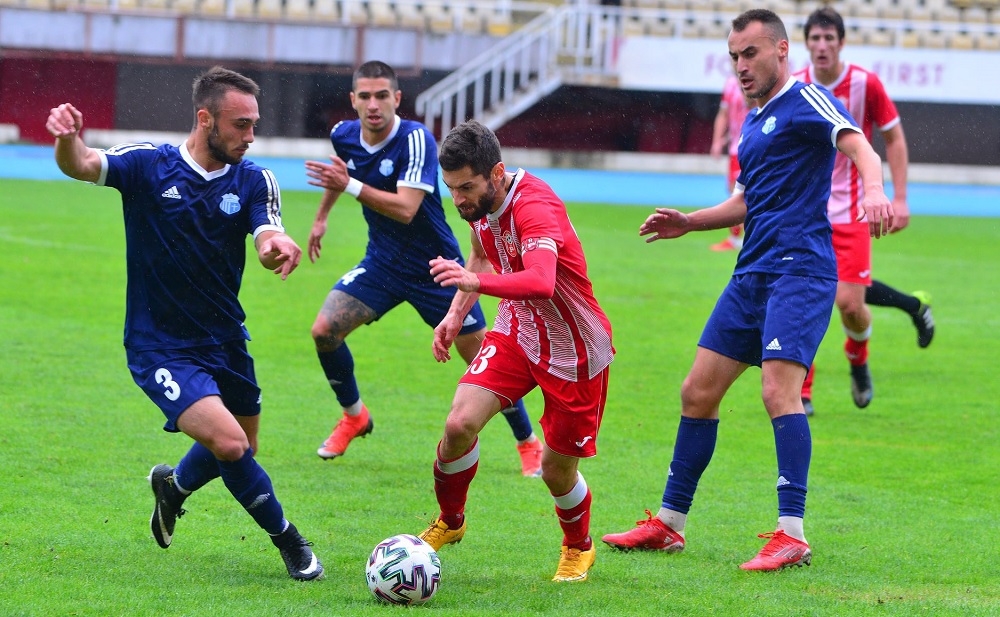 Today was played the first match of the 10th round in the First Macedonian League, the team of Rabotnicki, although it had the favorite role in the end, surprisingly lost to Skopje with 0: 1.

In the 32nd minute, the host failed to score a penalty through Stankovski, ie his shot was saved by Efremov. The most interesting moment happened when the player of the "Romantics" Stankovski scored an own goal in the 56th minute for the third triumph of Skopje in the championship.

For the hosts, the problems were even bigger than 65 minutes when due to two yellow cards, Ilievski had to leave the field prematurely. In the 82nd minute, Skopje could have increased the advantage from the penalty spot, but Janakievski was inaccurate, ie better in this duel was the goalkeeper Mustafa.

The team of coach Aleksandar Vlaho missed a chance to catch up with the second-placed in the general classification Renova and remained in fourth place with 15 points, and on the other hand Skopje climbed one position, ie now in eighth place with 12 points.

The remaining five matches of this round will be played on Saturday at 14.00: Akademija Pandev - Shkendija, Bregalnica Stip - Makedonija GP, Renova - Pelister, Struga Trim Lum - Borec and Tikves - Shkupi.