A monographic presentation of the folklore festivals by Assoc. Dr. Natasha Didenko 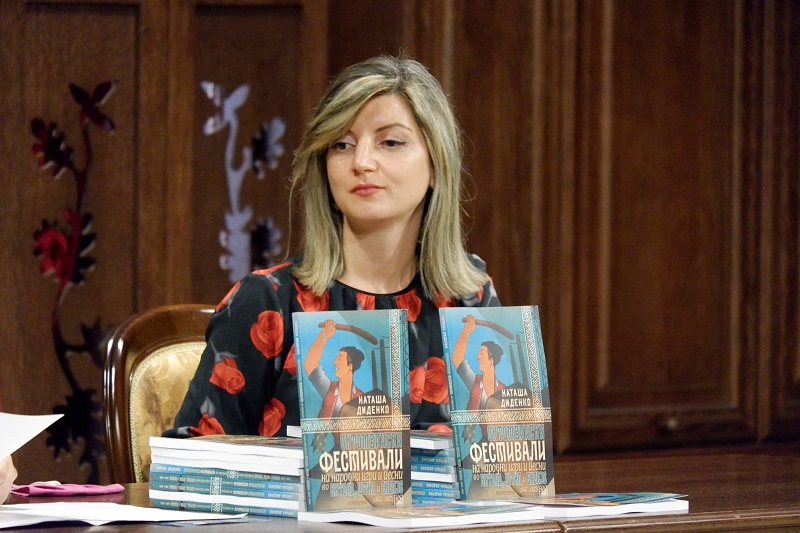 The book "October festivals of folk dances and songs in Bitola, Stip and Skopje (1947-1952)" by Assoc. Dr. Natasha Didenko was promoted within the 22nd edition of the event "Autumn Music Festivities" 2021 in the Museum of the Macedonian Struggle, and the promoter was prof. Dr. Biljana Ristovska-Josifovska.

This is the first monographic presentation of these folklore festivals, organized on the occasion of marking the important milestone, known as "Day of the Uprising of Macedonia" or "Day of the National Uprising of the Macedonian people", but also as a national holiday "October 11".

In the modern Macedonian state they were organized as the first music festivals in the field of folklore in 1947 in the cities of Bitola and Stip, and since 1948 they have been held in Skopje. According to previous research, there is not much information about these festivals, which are essentially the pillar for the formation of future cultural and artistic events throughout the country. 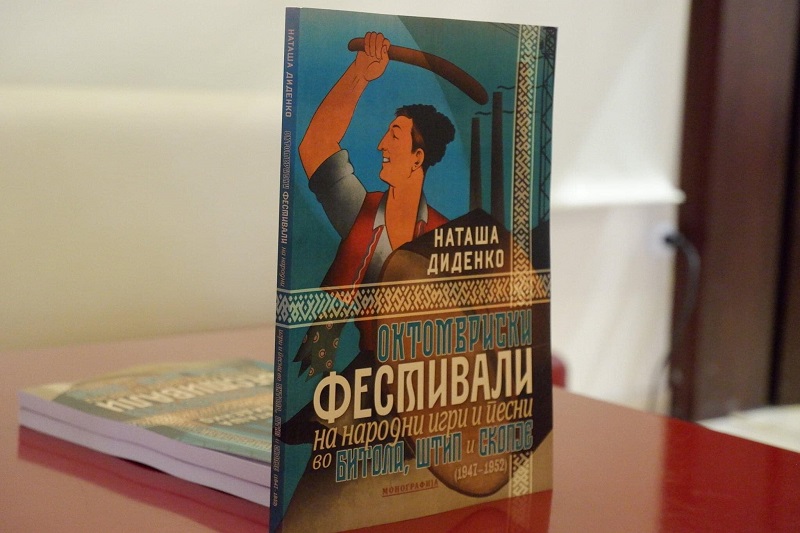 Therefore, this monograph is an attempt to follow the development of the October Festivals of Folk Dances and Songs, in the period 1947-1952, in order for the general and scientific public to receive more specific data, but also to get acquainted with the continuity and significance of these festivals, which in the following years did not contribute to the extinction of the folklore tradition, for which our country is known around the world, but also accelerated the process of creating a professional ensemble and other cultural institutions for the study of national culture and folklore in Macedonia.

Art and ecology: Along with art against the devastation of the public good

Conversation with Dr. Jehona Spahiu Jancevska: The impressive painting in the church of St. Nikola Toplicki as a research challenge

The book "More music, more conversations" by Nenad Georgievski is a kaleidoscope of stories and people