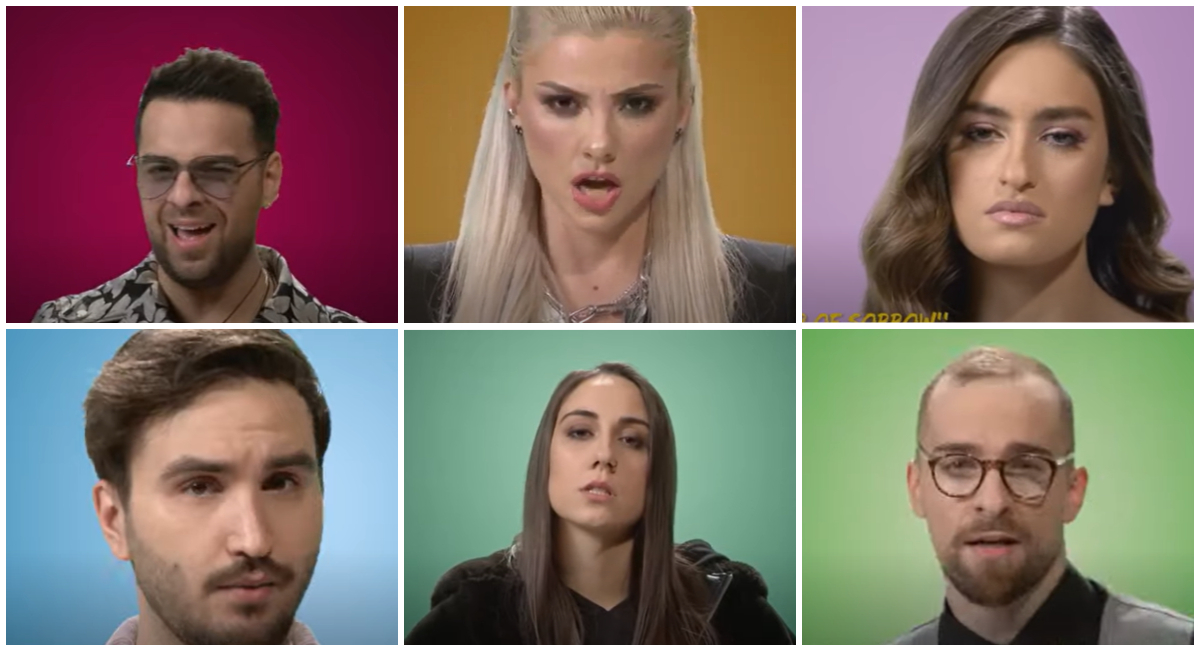 Tonight, the Macedonian public finally had the opportunity to hear the six songs that are in the race to become the representative of Northern Macedonia at this year's Eurovision 2022 in Turin, Italy.

"Ris Flower" is the only artist from Macedonia who is represented on the "Vevo" platform. He debuted with "Translucent" in 2020, and in the summer of 2021 he was active with the project Live Power Sessions, and at the end of the same year he released the video for Hearts so cold. Ris Flower is the complete author of his music, and for its perfection he works in the most renowned studio "Ari" in Istanbul, Turkey, with musicians working with world-famous names such as Tarkan, Serteb Ehrener, Mustafa Sandal and many others. Ris Flower publishes its music with professional record labels from Turkey and the UK, in charge of digital distribution on over 160 music platforms.

Kaly is considered one of the most diverse vocal performers in the country. In 2006, as she says, she experienced her musical "baptism of fire" with the band Steel Temple as a pre-band of the cult Whitesnake. She has been present on the stage for more than 15 years, and in her music portfolio you will find covers and original projects from countless musical directions - from classical, jazz, ethno to funk, pop and rock - from acapella ensembles to philharmonic concerts. He gives special importance to the Kaly's Music challenge project - concept music videos at home, with the sole purpose of uniting musicians and creating music.

Lara introduced herself to the Macedonian audience for the first time at Makfest 2019, when she was only 16 years old, with the theme "Who teaches you that" and left a strong impression with her live performance. Since then, he has developed exceptional dynamics and continuity in his career, so today he has 8 singles with a video behind him, and for some of them there is an English translation. "Someday Will Pass", "Lonely", "Who's to Blame Now" are just some of her hits. At the last edition of Makfest 2021, he deservedly received the award for best vocal interpretation.

"Yon Idy" is often described in public as a "foreigner from Macedonia" because his music style and production are very close to the most current indie pop artists from the western scene. His debut single "Gentle" in 2019 climbs to 12th place on the charts in Albania, and "Back around" in 2020 convincingly reaches the Macedonian audience and radio stations. In addition to regional success, Yon Idy is heard on radio stations across several European countries such as Britain, Switzerland, Germany, Greece, Croatia, and even the United States. For one of his songs, the famous European music portal Sounds European says that it is "without a doubt the best song from Macedonia".

"Andrea" is an artist and author from Skopje, whose music has been streamed more than nine million times on the Tick Talk platform and 2.2 million times on YouTube in just ten months. She conquered the Macedonian audience with her debut "I know", and today she already recognizes Europe. Andrea's songs are played on more than 200 radio stations in 40 countries, including the United States, England, Canada, Germany, France and Italy. After the great success of her first two songs, Andrea recorded a set of 3 songs with the world famous orchestra FAME's.

Viktor Apostolovski is a singer / author / multi-instrumentalist from Bitola, Macedonia whom the audience met in 2011 as a contestant in the talent show Macedonian Idol. In the last ten years he has released over 50 songs, two albums in Macedonian language and one album with colleagues from the USA, as well as countless performances and collaborations around the world. His debut song "You were mine" in 2011 was ranked in the top 20 on MTV Adria, in 2020 he won the McFest Award for Best Stage Performance, and the last song "Mine" was awarded second prize at an international music and production competition.

Joke of the day: A man of his word