The "cursed beach" in Greece: About ten people drowned this month alone, and one phenomenon is to blame for everything 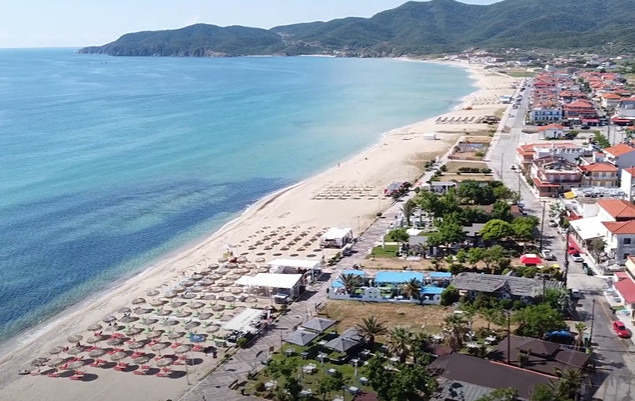 Zlatko Belic from Gornji Milanovac on Sunday drowned under horrific circumstances on the "cursed beach" in Sarti, where about ten people drowned this month alone, writes Blic.rs.

According to local media, only last weekend, two people drowned on this beach, where the technical director of the company "Rudnik" lost his life. Zlatko, although, as his colleagues said, he was a good swimmer, drowned in the shallows. It is suspected that currents and big waves dragged him into the water.

Local media say that on the city beach in Sarti, it is very important to be careful and to recognize the phenomenon "Rip current" for which this "cursed beach" is known. As they explain, this phenomenon from the mainland looks like a "strip" appears in the sea.

"If a person is electrocuted in that place, she is being dragged to the high seas," local media reported.

As they explain, if you find yourself in this situation, it is very important to be calm, keep your head above water and never swim to shore.

"Then even professional swimmers can't get out. Although it looks scary at the moment, it is necessary to let "the water carry you". "At some point the current will drop, so the swimmer will be thrown off near the shore and all that remains is to swim parallel to the shore, never towards it," according to local media, the advice of Greek rescuers.

The rescuers' recommendation is to pay attention to the red flag, which means not to enter the sea, due to the strength of the current and the size of the waves. It is especially important to pay attention if you are on a beach like this with children.

Vaccination with the third dose for health workers, caregivers in nursing homes and citizens over 60 years in Greece

Vuќi:: By removing license plates, Pristina violated all agreements on freedom of movement

Zaev: Let's pour gasoline on ourselves and set ourselves on fire, why was the modular hospital in Tetovo without a building permit?