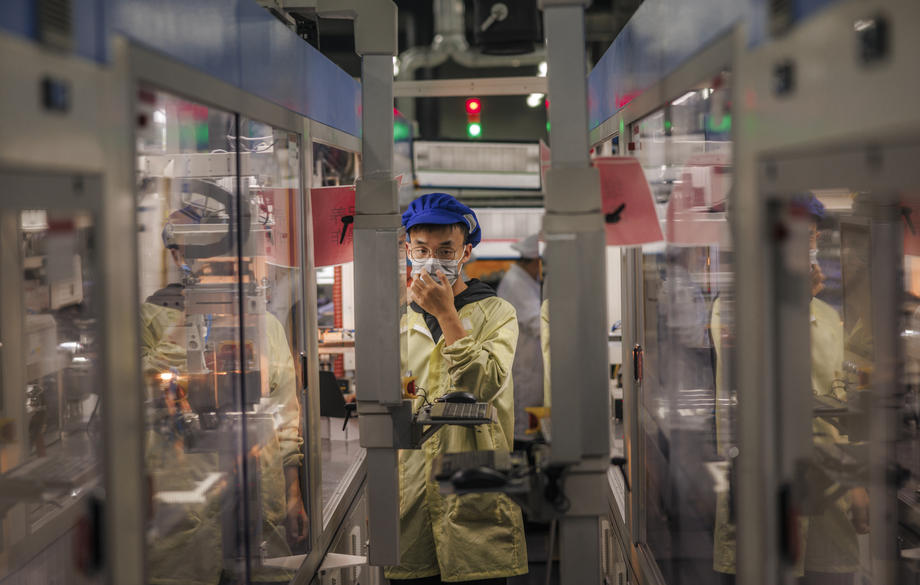 Employed in a factory in China / Photo EPA-EFE / ALEX PLAVEVSKI

As a major blow to the fight against climate change, China encourages miners to increase production to avert a winter gas crisis

The world's largest producer and consumer of coal mined 384,67 million tonnes of fossil fuels last month, easily surpassing its previous record of 370,84 million tonnes set in November after the government urged miners to work at full capacity to boost the economic growth of the country, writes The Guardian.

Official government figures show that China's coal consumption has also prompted the country to record high coal production throughout the year. China's coal production rose to an all-time high of 4,07 billion tonnes, up 4,7% from a year earlier, as a blow to climate activists months after the UN Cop26 climate talks in Glasgow.

The International Energy Agency (IEA) predicts that global coal consumption, the world's largest single source of climate emissions, will reach record levels in 2021, driven by rising energy demand to boost global economies after the pandemic of the coronavirus.

Coal energy fell 4% in 2020 as the pandemic caused a global economic slowdown, but the IEA found that growth in electricity demand during 2021 outpaced growth in low-carbon sources, leading to very rich economies. to rely more on fossil fuels.

China's record coal consumption comes weeks after the end of the Cop26 climate talks, which ended in a bitter dispute over a promise to abandon coal.

Following the Glasgow talks, the president of the Cop26, Alok Sharmasaid India and China "will have to explain themselves to the poor nations" after violating the Glasgow climate pact, adding that their actions had left him "deeply frustrated".

The IEA found that US and EU coal plants produced 20% more electricity last year than they did in 2020, but their use remained below 2019 levels. Dependence on coal-fired power plants is expected to decline again next year as demand for electricity slows and the expansion of renewable energy alternatives continues.

WHO: No need for mass vaccination against smallpox in Europe and North America