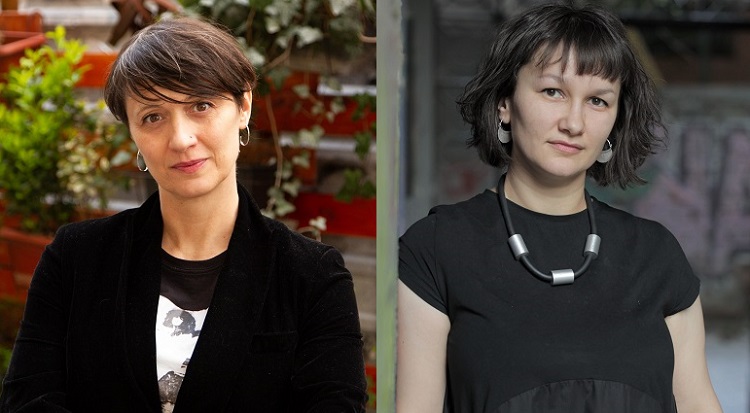 The Association of Art Critics "AIKA Macedonia" awarded the "Ladislav Barisic" award for 2021 in the field of art criticism to Biljana Tanurovska-Kulavkovski and Ivana Vaseva.

The commission of the Association of Art Critics "AIKA Macedonia" consisting of Mira Gaqina, Vladimir Jancevski and Maja Cankulovska-Mihajlovska decided the award "Ladislav Barisic" for 2021 to be awarded to the project "Political Performance as an Extended Field in Macedonia in the 90s" of Biljana Tanurovska-Kulavkovski and Ivana Vaseva, due to the relevance of the topic in today's cultural and socio-political context.

Performance, according to the authors, as one of those types of art of liminal and border nature, as well as with expanded meaning that spreads both non-artistic and aesthetic, creates different maps and leaves traces that are influenced by socio-political, economic and cultural circumstances in a certain period, time, and space, thus creating numerous networks of meanings.

The research entitled "Political performance as an expanded field in Macedonia in the 90s" will explore performance as an aesthetic, but also an extended term, as one that spreads through discourses, starting from human behavior to include a range of performance-related phenomena. where productivity does not refer to individuals and groups, but to systems, technologies and social appliances.

The specific context of the 90s of the last century in Macedonia is a period loaded with events that can serve as "material" for artists. Among the burning political, economic, social and cultural issues of the 90s - war in the region, privatization, multiculturalism, ethnic unrest, identity issues, the transition from socialism to capitalism, etc. a series of cultural performances can be observed through the prism of which one can also consider how, why and where the performative political and the political performative developed.

In this regard, the intention of the authors is to explore the political performance in the country, in an attempt to find forms of critical art as performance or performance as an extended term that retain politics as a form of criticism and antagonism to the dominant social and cultural-political situation of things. The award ceremony was made possible with the financial support of the Ministry of Culture of the Republic of Macedonia and the City of Skopje.

"Cultural Press" number 98 was published in the newspaper "Free Press"