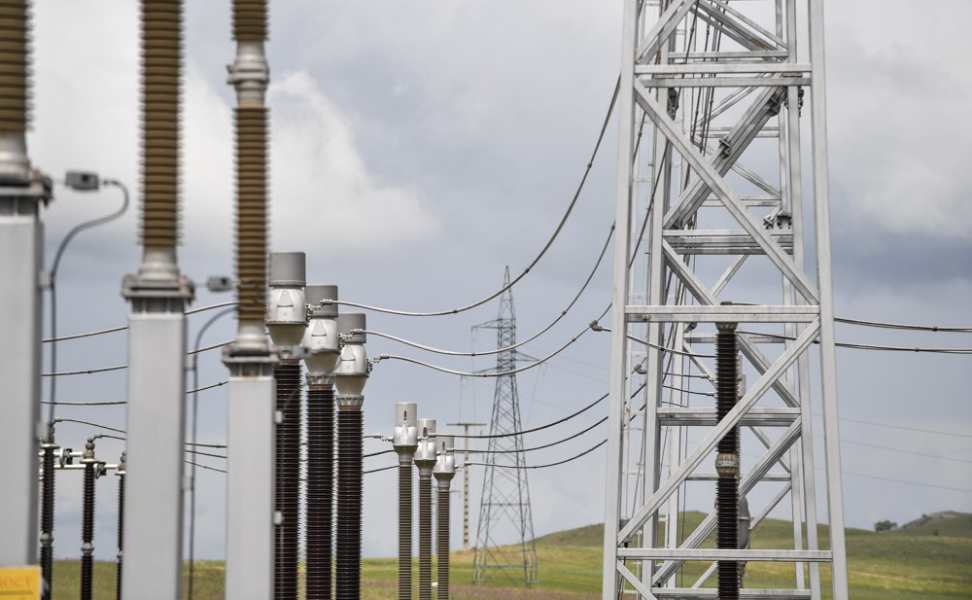 Yesterday, the Assembly continued the crisis situation in the supply of electricity in the entire territory of the country and in the supply of thermal energy in the area of ​​the City of Skopje. as of April 30 next year.

At yesterday's continuation of the 86th parliamentary session, with 83 votes "for", none "against" and none "abstentions", it was voted to extend the period of existence of a state of crisis in the entire territory of the Republic of North Macedonia, due to the lack of electricity energy and the conditions of the electricity markets, and with 86 votes "for", none "against" and none "abstentions", the Proposal-decision for extending the deadline for the existence of a crisis situation in the area of ​​the City of Skopje, due to lack of thermal energy, the possibility of using alternative fuel and the state of the thermal energy market.

With this decision, it is possible to take measures and activities, including financial intervention to ensure additional amounts of electricity. With the adoption of the decision, the Commission for Monitoring the Situations with Electricity Supply and for Monitoring the Situations with Heat Energy Supply will constantly monitor, analyze and assess the state of the electricity and heat markets and will propose measures in accordance with the decrees that regulate the criteria and the conditions for declaring a state of crisis.

Prime Minister Dimitar Kovacevski recently stated that we are facing the hardest winter since the Second World War and that with the rebalancing of the Budget, 76 million euros have already been provided for anti-crisis measures to maintain liquidity in the electricity sector, in the face of increased energy prices and increased electricity prices.

- ESM, as a state-owned company, works to provide electricity at the most favorable price, and the state, according to its capabilities, subsidizes that electricity for the most part in order to prevent a price shock, Kovacevski pointed out at the time.

The President of VMRO-DPMNE, Hristijan Mickoski, yesterday called on the Government to answer why it rejects his plan for dealing with the energy crisis. He pointed out that the plan is an opportunity to ensure stable production of electricity for households and industry, but also heating of buildings and homes that are users of central heating in Skopje.

The Minister of Economy, Kreshnik Bekteshi, also called on the leader of VMRO-DPMNE from the parliamentary rostrum yesterday to publicly announce the contacts for the purchase of cheaper energy and to say which companies they are, what offers and at what prices, or if he does not want it to do so, to submit them to the Ministry of Economy.

Bekteshi said that he is ready to talk directly with Mickoski, to ask him personally. He also appealed, if Mickoski does not want to publish the contacts, then to submit them on Monday to the Ministry of Economy, and he will then personally, as he said, publish them and take them to JSC ESM.

– I will take responsibility and call Mickoski. I will post the contacts and submit them to the ESM. I believe that the entire public should know and be informed. Everything should be transparent. I'll be here on Monday, let Mickoski provide me with the contacts, and I'll take them publicly to the ESM, if necessary, to see from which sources they come. It is a time of crisis, there are some things that the state cannot do, we are a member of NATO, said Bekteshi.

According to him, no one said that something is not accepted.

– We accept the best offers for the purchase of energy to have lower prices. You talk about contacts. Post them, I will personally call Mickoski if necessary. If he does not want to publish them, let him submit them to me, I will publish them. And I said yesterday, we are ready to talk with everyone, including Mickoski, to overcome the crisis as easily as possible, with all companies, state or local. I would appeal to the public and the media to be notified immediately, the contacts of VMRO-DPMNE or the offers should be announced, to know where they come from, what their price is. I remind you that ESM has a legal obligation to choose the cheapest offer. Hristijan Mickoski should publicly announce the contacts for the procurement of cheaper energy sources and say who those companies are, what the offers and prices are, Bekteshi stressed at the plenary session where the proposed decisions on the continuation of the crisis situation in the energy sector at the state level were debated. and in relation to thermal energy at the level of the City of Skopje.

The general director of JSC ESM, Vasko Kovachevski, said yesterday that any offer aimed at overcoming the current crisis is welcome and therefore, as he said, all offers from companies that, on the recommendation of Hristijan Mickoski, will reach ESM in an official form, in accordance with the Law on public procurement of energy, will be immediately reviewed by the Commission for Public Procurement of the company.

- Mickoski said yesterday that he and his party have contacts and indicative offers from companies for the purchase of fuel oil and natural gas, with which the state will save 300 million euros. Therefore, I use this opportunity to publicly call on Mickoski to inform all those companies from which there are indicative offers, which were valid for one week, during the next few days, but not later than Wednesday, to complete the offers and to deliver them to JSC ESM, Kovacevski said yesterday.

The offers from the companies, as he said, should have the technical characteristics of the energy (fuel oil or natural gas), have all the certificates, have all the necessary licenses, have secured quantities (250.000 tons of fuel oil and 250.000.000 normal cubic meters natural gas), to have contracts with suppliers, to have secured transport to the production facilities (fuel oil to TEC Negotino, REK Oslomej and REK Bitola, and natural gas to TE-TO and heating plants in Skopje), to have delivery dynamics according to the production plan and have a secured bank guarantee.

- After all, these are criteria and conditions that have been required so far, in all public procurement of these energies. If those offers eventually arrive and meet all the mentioned criteria and have the lowest offered price, contracts will be concluded with those companies. We expect, according to what was said yesterday, that the possible offers will be at low prices, and that ESM and the state will save 300 million euros. If, on the other hand, no offers are received based on Mickoski's recommendation, we will inform the public about the outcome of the procedure, Kovacevski emphasizes.