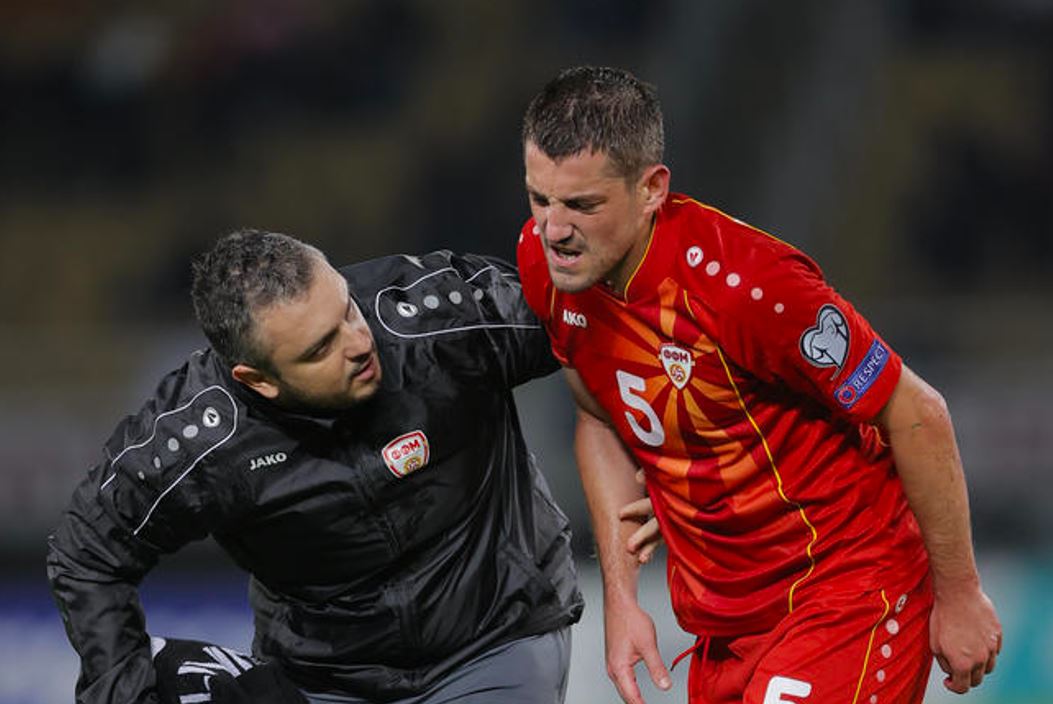 Arian Ademi, one of the key players in the ranks of the Macedonian A national team, expects a longer recovery period due to a serious injury.

Reminder, four days ago at the National Arena "Todor Proeski" our football player left the game after 29 minutes of play.

We know Ademi as a great fighter and that even insufficiently recovered can help a lot on the field at club and national team level, but now as they inform Croatian media will pause for about two months.

In that 29th minute in Skopje, the German national team player Kai Havertz clumsily stepped on the leg of the Dinamo captain, who was immediately given medical assistance.

He was in Zagreb for detailed examinations, after which it was determined that he was expecting a longer break. Information says that he suffered a severe ankle injury, which requires more complex rehabilitation and it is difficult to expect him to return before the winter break.

This is his second serious injury this season, in July he had an injury to the muscle of his right leg in the match against Omonia due to which he missed 10 matches and just when he started to return to the required form, he was injured in the national team duel with the Germans.

Our A national team in November will play the last two matches of the World Cup qualifiers against Armenia away and Iceland at home. We are still in the game for the second place that brings in the World Cup barrage.