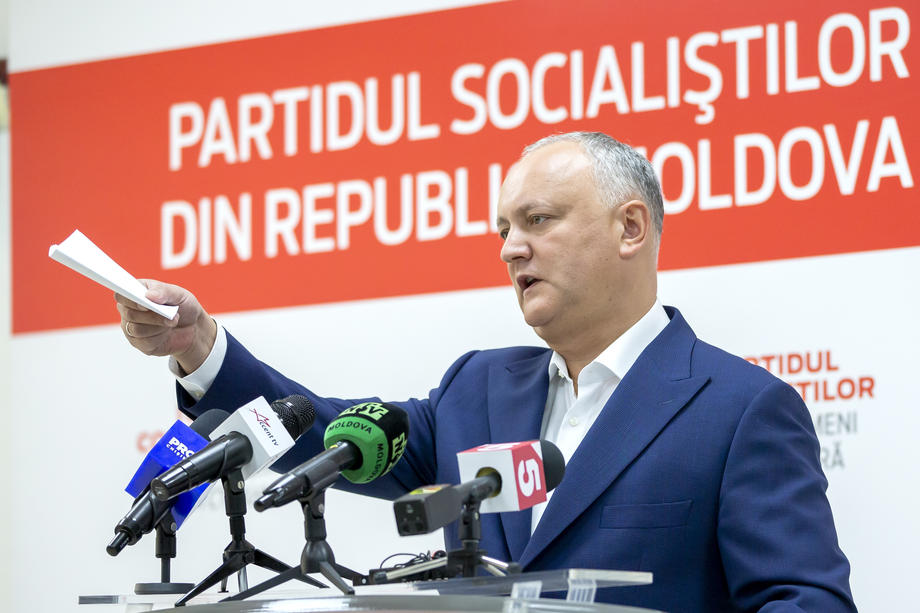 Former Moldovan President Igor Dodon has been detained after his residence was searched today on suspicion of corruption, a spokeswoman for the Moldovan public prosecutor said.

She said that Dodon was detained for 72 hours, TASS reports.

Earlier in the day, Dodon's Socialist Party deputy leader Vlad Batrincea told Reuters that Moldovan investigators had searched Dodon's house in his presence as part of an investigation into corruption and treason, Reuters reported.

Batrinchea said he believed the investigators' actions were a politically motivated move by a government loyal to pro-Western President Maja Sanda, who succeeded Dodon as head of state in 2020.