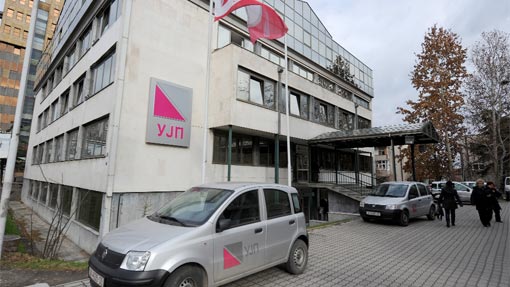 J.K. was detained. (63) from Skopje, employed as an inspector in the Public Revenue Administration.

After measures and actions taken by police officers from the Department of Criminal Police, he is today deprived of his liberty because, in the capacity of an official, during May and the beginning of June, acting on a VAT control order, from the owner of a legal entity from Skopje, requested a monetary reward-bribe in the amount of 700 euros to take an official action that he should not have taken, i.e. to prepare a Minute with a minor finding, which according to him should have amounted to 600 denars.

"J.K., after a previous telephone conversation and an agreement to meet, during today's day in Skopje requested and received the funds in the requested amount, after which he was detained by police officers. Following a previous order from the Judge of a preliminary procedure, a search was carried out at the person's place, during which the funds that were given by the legal entity were found. After documenting the case, an appropriate submission will be submitted against the person", the statement from the Ministry of the Interior clarifies.

A stolen passenger vehicle was found in Bitola

Two scrap workers were operating public transport without a license

Irregularities determined in a legal entity for growing cannabis for medical purposes from Kumanovo, a criminal report follows

Two principals of a primary school in Skopje fought

The baby abducted from GTC was only seven days old, the parents left it to the kidnapper to keep

Drugs worth 800 euros were seized during a search in Bitola