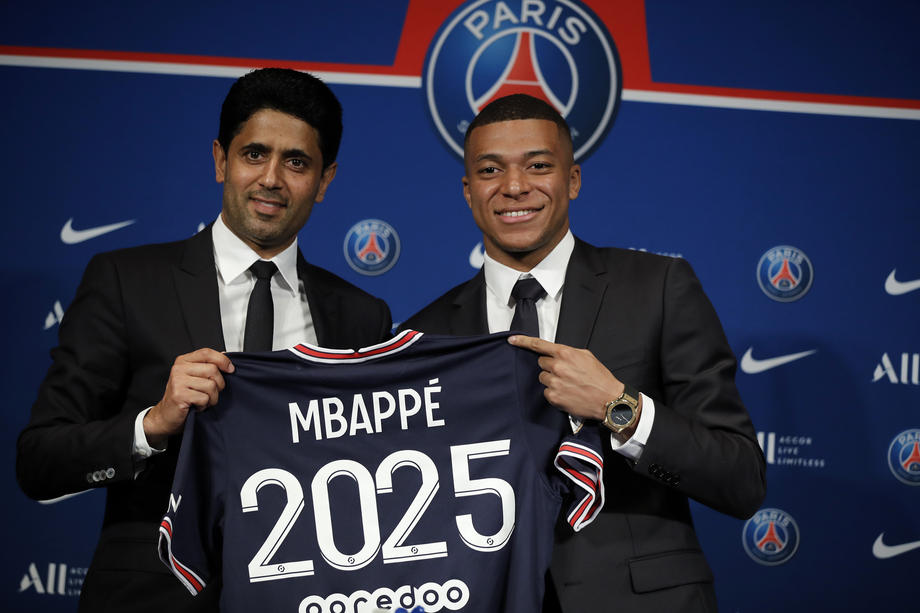 The saga around Killian Mbape and his new club officially ended on Saturday when one of the best strikers in the world signed a new three-year contract with PSG.

French media claim that Mbape will receive 600 million euros gross for the new contract, 300 million euros as a signing bonus, and an additional 300 million as a salary, which will make him the best paid football player in the world.

The net amount that will go to Mbape's account, after the tax deduction, should be around 300 million euros, write the media in France.

But PSG president Nasser Al-Kalaifi claims that money was not a decisive factor for Mbape to leave Real Madrid and sign a new contract with the French team. He stressed that Real is able to offer more money to the striker.

- Money was not the most important thing for Mbape in making the decision. There is a club in Spain that is able to pay more than us. "Our sporting project was most important in Killian's decision to sign a new contract with PSG," said Al-Kalaifi.

Mbape's decision to stay at PSG shocked the Spanish media, which had previously moved the Santiago Bernabeu striker, as well as Real Madrid fans and President Florentino Perez.

Sinistera is the replacement for Rafinha, Leeds also promoted the sixth reinforcement

PHOTO: The Dimushevski family returns to the racing asphalt