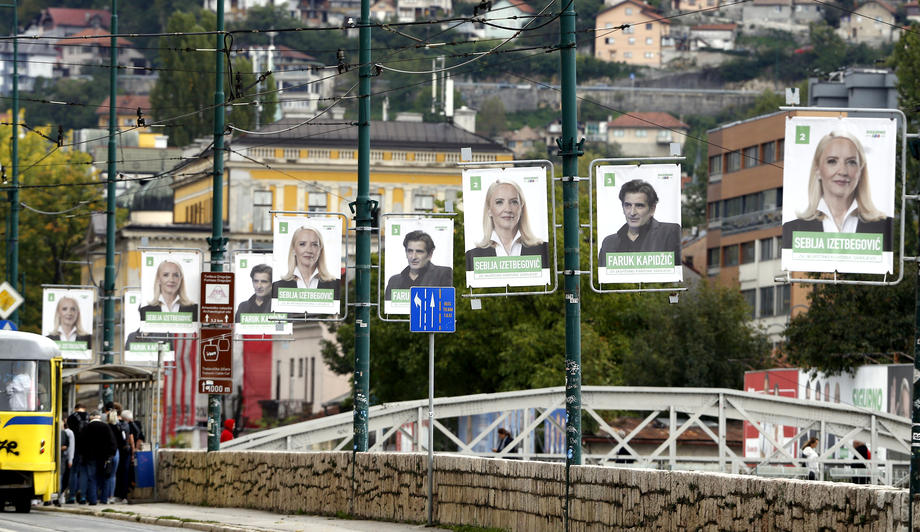 There is pre-election silence in Bosnia and Herzegovina today before tomorrow's general elections in the country.

About 3,3 million people out of Bosnia's total population of 3,5 million will have the opportunity to decide which Bosnian Serb, Croat and Muslim will represent them in the collective three-member Presidency, which is led on a rotating basis by one of the representatives of the three communities.

According to the Dayton Peace Agreement, which ended the war in BiH (1992-1995), the country is divided into two semi-autonomous parts - the Republika Srpska, inhabited mainly by Bosnian Serbs (31 percent of the entire population of Bosnia) and the Muslim-Croat Federation, i.e. Federation of BiH, where mostly Bosnian Muslims live - Bosniaks (about 50 percent) and Bosnian Croats (15 percent).

Citizens will be able to choose between 72 parties, 17 independent candidates and 38 coalitions, the Central Election Commission (CEC) announced.

Over 3.700 observers are accredited for the elections.

The police did not give permission for the protest on December 6, for Berisha it is invalid and there will be a protest

In a police operation in Serbia, 1000 migrants were transferred to reception centers, weapons and ammunition were discovered

The situation in Kosovo remains tense, assesses the Serbian Minister of Defense