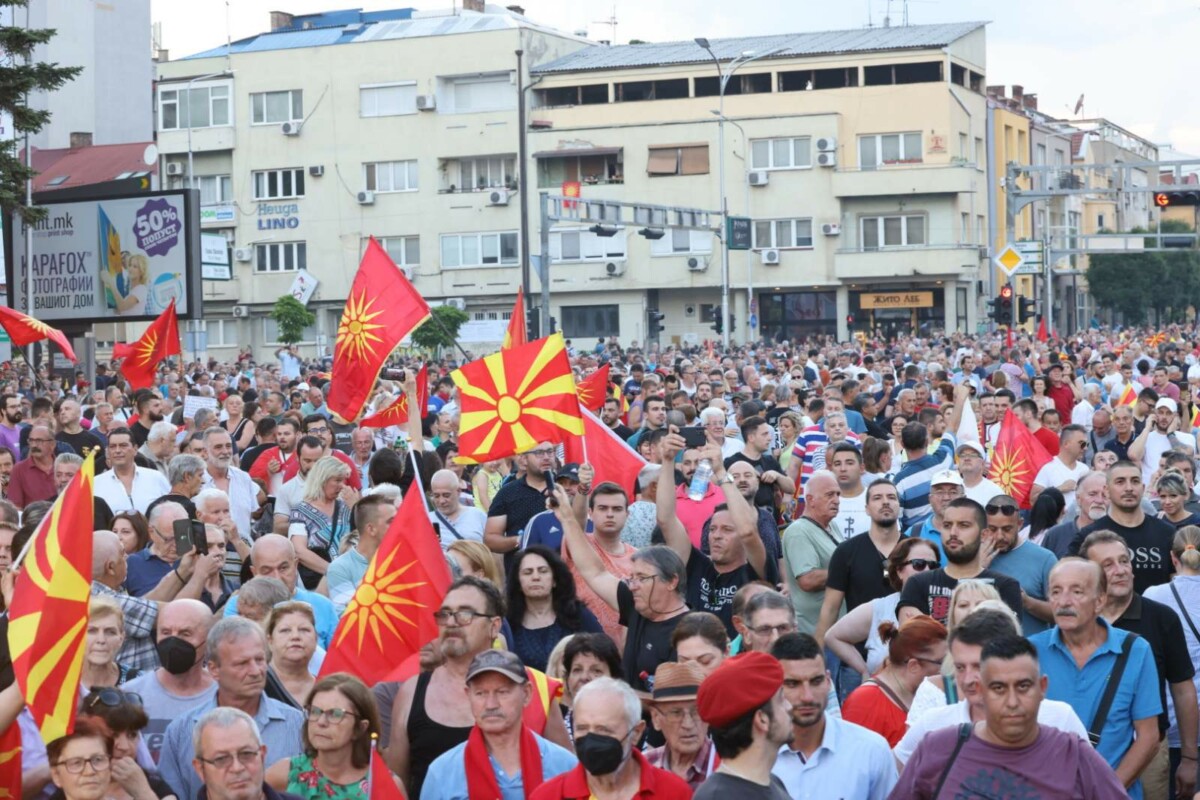 Protest before the Government: Photo "Ultimatum-No thanks"

In front of the Government tonight, the protest continued under the motto "ULTIMATE - No thanks". The participants are against the acceptance of the French proposal to lift the Bulgarian veto and open the negotiations for the membership of North Macedonia in the EU.

According to them, the denial of the right to self-determination and the conditioning of Macedonian European integrations with the acceptance of unilateral erasure of cultural and historical distinctiveness and unilateral non-recognition of the language, is not part of the criteria for membership in the EU nor a rule between the member states.

The protest that started last night officially has no organizer, but it is supported by political parties and civil society organizations who believe that the proposal is extremely bad for the Macedonian people and Macedonian national interests. The protest also received support from the largest opposition party VMRO-DPMNE, whose leader Hristija Mickoski called on citizens to join, in order, as he said, to defend what is called European value and to save the negotiation process with the European Union.

And tonight the participants send messages against the French proposal and appeals not to sign it. The national anthem is sung, and patriotic songs are played over the loudspeaker.