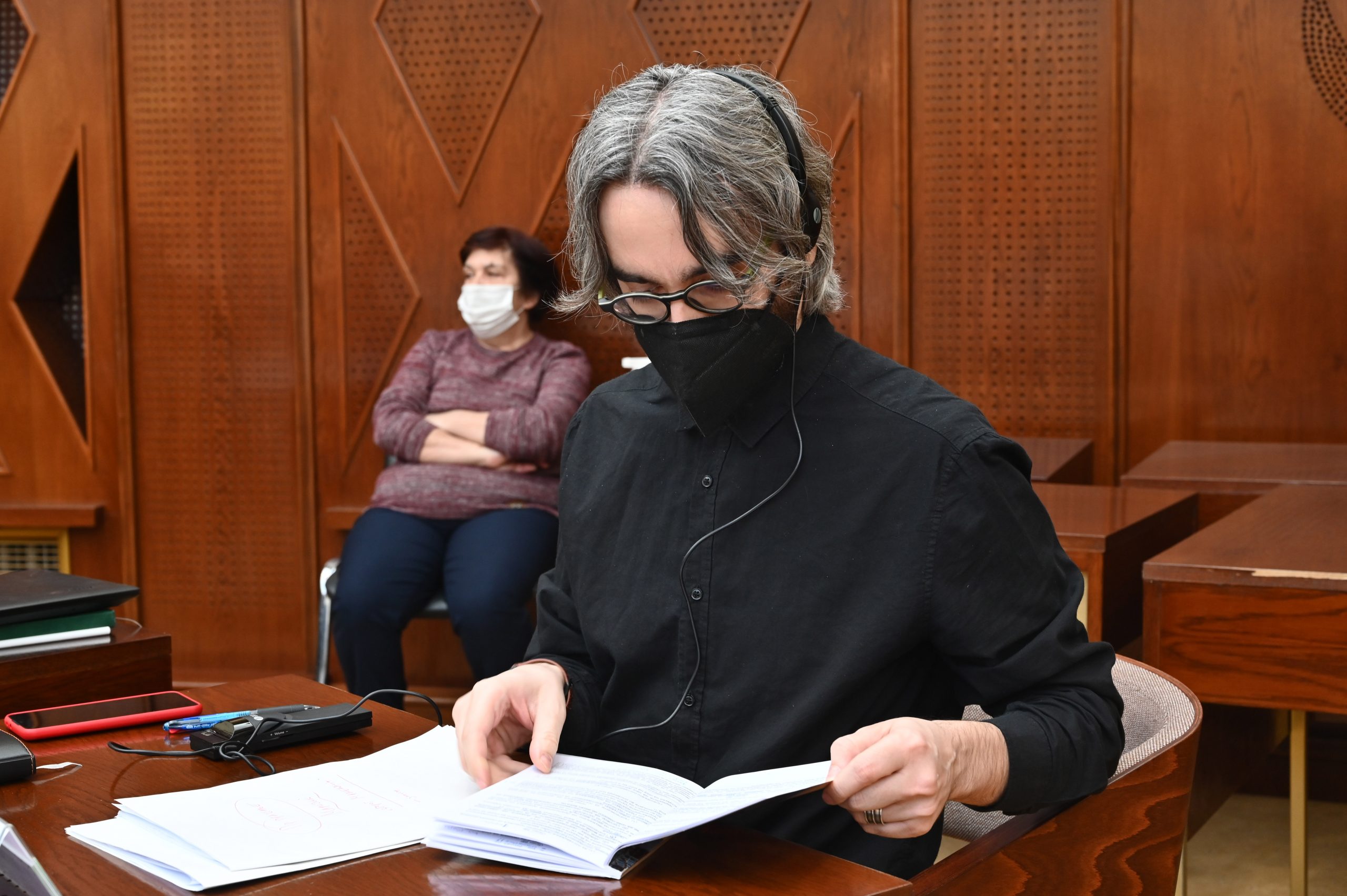 The leader of the Left, Dimitar Apasiev

The President of the Left, Dimitar Apasiev, informed that they will submit to the Parliament as a party a draft law amending the Law on Salary and other allowances of the Members of Parliament and other elected and appointed persons in order to abolish the appanage.

MPs and ministers are not heard of the proposal of the MP and leader of the Left, Dimitar Apasiev, to abolish the appanage. None of the major parliamentary parties responded to a question from Free Press about whether they would support the proposal to abolish the salary allowance, which is a maximum of one year for former elected and appointed officials after leaving office. Unofficially, except for the MPs from the Left, probably none of the other 118 MPs will support the abolition of the appanage.

Apasiev informs that they will submit it to the Parliament law proposal on amending the Law on Salary and Other Allowances of the Members of the Assembly and other elected and appointed persons in order to abolish the appanage.

MPs complain that their salaries have been frozen since 2010

- Most of the ministers who are no longer part of the Government, using all the privileges of the officials to the maximum, will continue to receive a salary from the budget even after the termination of their function, ie the so-called appanage. The list of ministers who applied to receive a salary, despite not being in office, also includes Radmila Sekerinska, Mila Carovska and Nikola Dimitrov, officials who according to their questionnaires have millions of assets - say from the Left.

The party added that despite the privileges for officials, an ordinary worker who loses his job can receive only 50 percent of the average net salary he received last year, provided that he has a minimum length of service of 9 months without interruption or 12 months with interruption.

- On the other hand, no conditions are provided for the ministers, so they are entitled to 100 percent of the salary they received while they were ministers, and for a ministry of 24 months, the law provides for the possibility of taking an appanage of 12 months. An unemployed person in order to receive unemployment benefits for 24 months, needs to have 25 years of work experience - say from the Left.

According to some MPs, the public perception that they receive very high salaries is wrong and they complain that their salaries have been "frozen" since 2010 and that compared to doctors, professors, their salaries have not been increased. MPs receive between 65.000 and 80.000 salaries, depending on their length of service and whether they chair committees.

Opposite the MPs, Professor from the Faculty of Law at UKIM Borce Davitkovski for "Free Press" says that the Left is right when it demands the abolition of the appanage. According to him, there are various solutions for appanage in the world, but they, above all, apply to professional politicians such as those in the Senate or House of Representatives. If they go into opposition, they receive an appanage, which they receive for one year until they are hired or re-elected.

- In our country, the appanage is exaggerated. The citizens here do not elect MPs, but we vote for parliamentary lists determined by the leaders and the parties. And that's why we have doctors, professors, businessmen for MPs. There are cases when businessmen, after the end of their parliamentary term, instead of returning to their companies, which in the meantime worked on behalf of a close relative, they take a one-year appanage. It is an abuse of the appanage institute. "With our folklore democracy, political parties are good at distorting the law," Davitkovski said.

- The left is right. The parties receive money from the state and after the expiration of the mandate of the officials, the party has to pay them until they manage to work. Either to abolish the appanage or to abolish the financing of the parties from the Budget, it has to start somewhere. The poorer, less democratic and more captive the state, the greater the privileges for incumbents. I have never seen such a rider. We are not rich enough to pay for that luxury. - People live on a salary of 200 euros - says Davitkovski.

So far, a small number of Ukrainian refugees have come to Macedonia