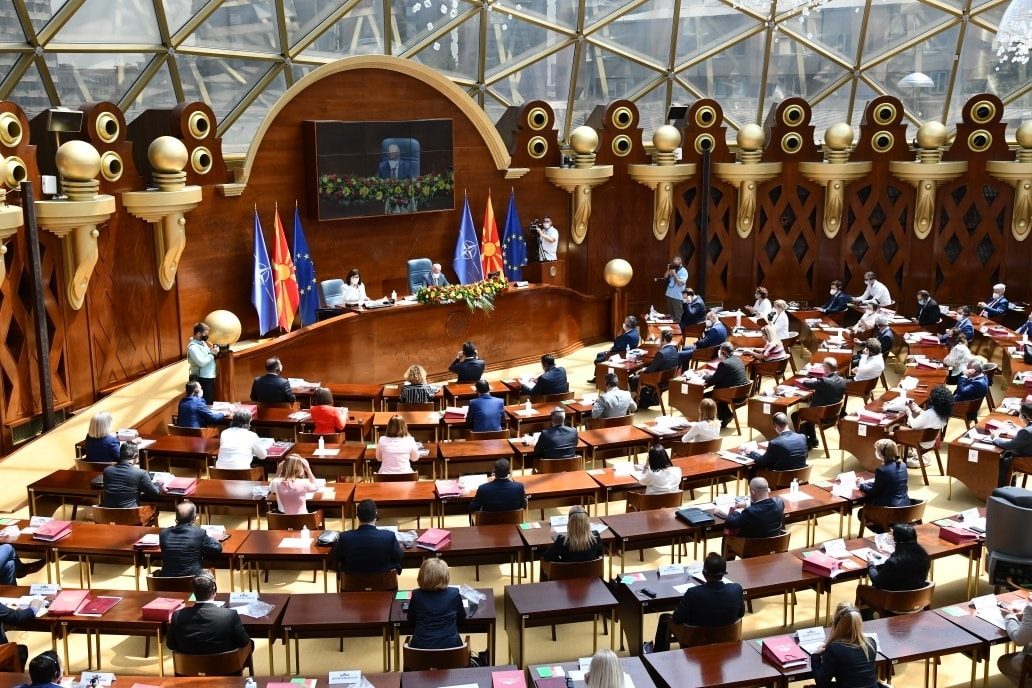 The MPs in the Assembly of the Republic of Northern Macedonia, this afternoon continued to vote on the items from the 47th session. The voting continued from item 14, for a draft law on financial support to reduce the consequences caused by Covid-19 on the production and purchase of tobacco, under an abbreviated procedure.

During the 47th session, the MPs also voted on a draft law amending the Law on Trade.

MP Lidija Petkovska from VMRO-DPMNE talked about the effects that this legal solution will have on retail.

- With such solutions you demotivate everyone else who tomorrow would like to deal with this activity. With this legal solution, instead of protecting their rights, you impose another additional cost on them, followed by the most severe penalties, which will shut down small businesses, pointed out Petkovska.

DOM MP Maja Moracanin, replied to Petkovska and spoke in the context of civil society organizations who are they care for workers' rights.

- We received remarks that they are not satisfied with this solution and it is obvious that there is a need for a public debate in the Parliament. Employers and workers need to clarify and clarify these provisions, so that it is clear to everyone which activities are those that do not suffer, added Moracanin.

MP Dejancho Eftimov, from the parliamentary group of VMRO-DPMNE Regarding this proposal, he stressed that the practice of partisanship of all judicial bodies continues.

- The reports of relevant institutions confirm all our doubts and actions that as The parliamentary majority that supports the Government, which is responsible for making legal decisions to correct the situation in the judicial system, is catastrophic, he pointed out.

MP Gordana Siljanovska Davkova from VMRO-DPMNE Following Eftimov, he stressed that the Judicial Council, according to the Constitution, should ensure and guarantee the independence and autonomy of the judiciary.

- The members of the Judicial Council elected by the Assembly are said to be from the ranks of university law professors, lawyers and other prominent lawyers. I have pointed out many times that the legal profession is not sufficiently used as legal staff, she added.

Kostadin Kostadinov, MP from SDSM replying to the MPs from VMRO-DPMNE, he pointed out that during the Committee on Elections and Appointments there were no abstentions.

- Even the MPs of the opposition VMRO-DPMNE did not vote in favor of the proposal. No MP was registered for the debate, within the Commission where we have to talk essentially about the candidate that has been prepared today. as draft decision, added Kostadinov.

The election for a member of the Judicial Council did not take place in the Assembly due to insufficient number of MPs, and the President of the Assembly Talat Xhaferi adjourned the session and informed that there will be additional notification for its continuation.

The Assembly of the Republic of Northern Macedonia continues tomorrow with a new session, intended for parliamentary questions.

Zaev: I am not thinking of dismissing Filipce due to the dissatisfaction of the surgeons from the CGH "September 8"