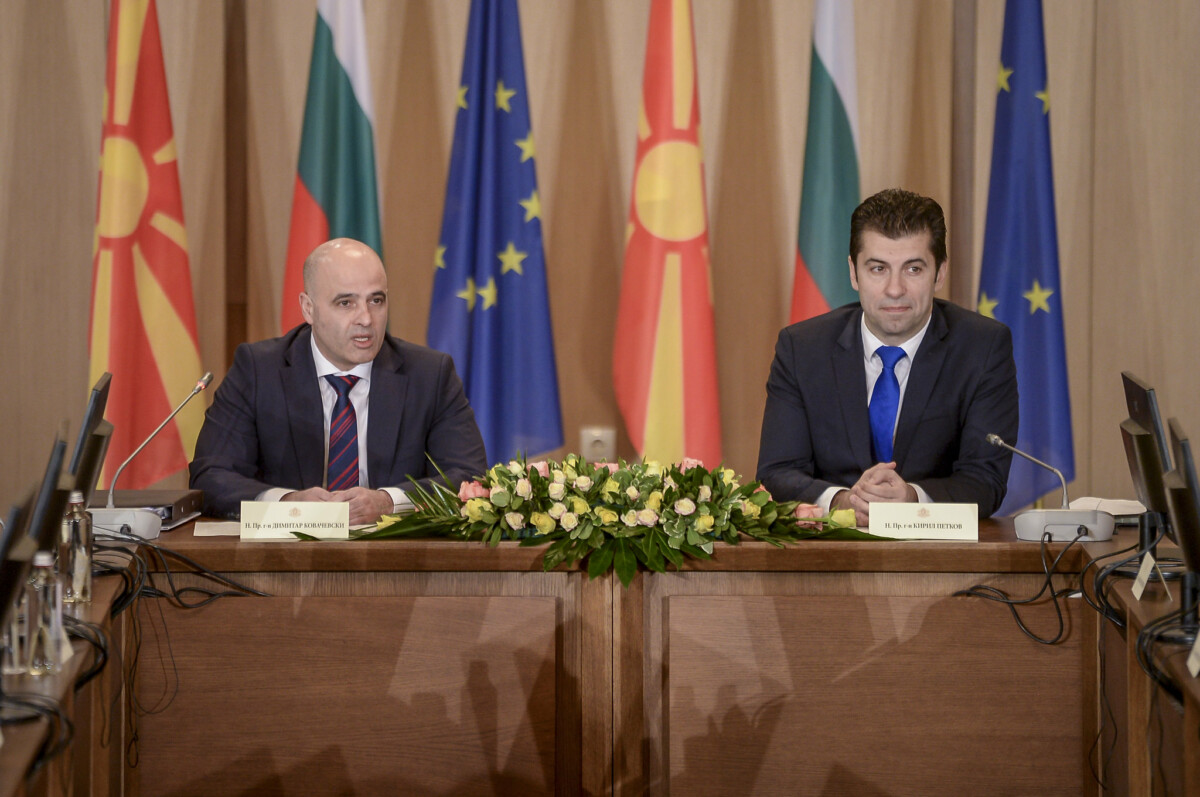 "If France and Germany could reconcile and be EU leaders today, Macedonia and Bulgaria would also reconcile, and Bulgaria did not do to Macedonia what Germany did to France," said analyst Musliu.

President Stevo Pendarovski will pay an official visit to Bulgaria in February meeting with colleague Rumen Radev, in order, as he says, to make a personal contribution to a possible positive solution to the dispute between Bulgaria and Macedonia. Today, he will receive in his office the representatives of the banned party of Macedonians in Bulgaria, OMO Ilinden Pirin, after the visit was announced two weeks ago, and then postponed due to the situation with covid-19 and which, as the party says, topics of conversation will be the position of the Macedonian minority in Bulgaria and the Bulgarian-Macedonian dispute.

Pendarovski: Good start, but we are far from a solution

Pendarovski said yesterday that the beginning of the new phase of bilateral relations is great, but we are still far from deeper penetration in the process of resolving the problem.

- My position is that the two presidents must make a positive contribution to the successful completion of this process, because it is a strategic interest of both countries. I am convinced that Radev shares my opinion. This is a great start to this new phase, there are two new governments, two new prime ministers who do not come from the old school, new rhetoric is heard, new energy is felt, and there is a new methodology - new working groups and commissions, instead of Lisbon proposals . But I have to say crystal clear, this is just the beginning, an initial phase in which both sides express good wishes as they would like the process to take place. We are far from a deeper penetration in the process and we are still very far from its eventual positive ending - Pendarovski said yesterday at a round table on the accession of the Western Balkans to the EU.

The President of Bulgaria Radev in the past period softened its views and announced a possible withdrawal of the veto. Although he said that deadlines should not be given for resolving the dispute when Prime Minister Petkov gave us a six-month deadline, now, after his meeting with Prime Minister Dimitar Kovacevski in Sofia on Tuesday, Radev said that clear timetables are needed to achieve results and resolve open political issues.

- It is necessary to point out the short-term tasks that need to be solved before the start of negotiations of our southwestern neighbor for EU membership and to set long-term goals after the opening of the negotiation process with clear mechanisms for achieving them - announced Radev.

Time is of the essence

Stojko Stojkov from OMO Ilinden Pirin estimates that Radev's recent statements may mean an announcement of a possible step forward, but it will take time.

- I think they are under a lot of pressure and are starting to change their rhetoric and narrative. Historical issues, language and identity issues are almost gone, which is a good thing, but let 's not forget that they were not officially removed, but confirmed at a meeting of the National Security Committee earlier this month. But, even with a positive development, it takes time for the Bulgarian citizens to "sell" the removal of the veto as a success, and not as a withdrawal - Stojkov said for "Free Press".

- Positive energy should be appreciated. We do not need boxers in the Government, nor populists, nor should this be made a real show. Our government has an obligation to resolve the dispute with Bulgaria and is trying to do so so that we can start negotiations for EU membership. This narrative we hear now is much more positive than last year. Now it is a matter of achieving a transcendence of the moment, for which the positive energy is indisputable. Let us be moderate and aware, not populists, because populist statements and behavior have so far led us to a dead end. Overcoming the dispute is a process and it is important to start, so as the talks go by, as the economic cooperation develops and the infrastructure is built, positive conditions will be created for the political solutions. If France and Germany could reconcile and today be EU leaders, Macedonia and Bulgaria will also reconcile, with Bulgaria not even remotely doing to Macedonia what Germany did to France. So, time heals everything and it will be the same in the Macedonian-Bulgarian relations - says Musliu.

Osmani to tell MPs the answers to "five plus one"

Today in the Assembly the Minister of Foreign Affairs is expected Bujar Osmani to report what response the MFA sent to the Bulgarian requests "five plus one " one of which, for the short and long constitutional name, has already been overcome after Macedonia sent a note to the UN last week. Chairman of the Parliamentary Committee on Foreign Policy Antonio Milososki said yesterday that an interesting debate is expected.

- We expect to be informed as MPs what we are talking about in the answers of "five plus one" and whether such answers coincide and are within the Declaration adopted by the Macedonian Parliament, where we have established common national positions - said Milososki.

The President of the Assembly Talat Xhaferi He said that the MPs and he as a speaker know what the Government is doing in the process of dialogue and negotiations with Bulgaria.

- We adopted a Resolution in the Assembly and determined directions, recommendations and frameworks along which the executive should move in the dispute. According to the legal regulations and competencies in international relations, the Government decides, but we as an Assembly stand above the head of the executive branch and of course we have appropriate information, in which direction and what is being discussed with Bulgaria - Xhaferi said in a guest appearance on Sitel TV.

VMRO-DPMNE requested that the session be public, in order for the public to be acquainted with the answers of Minister Osmani.