The fire in REK Bitola happened in the worst energy moment 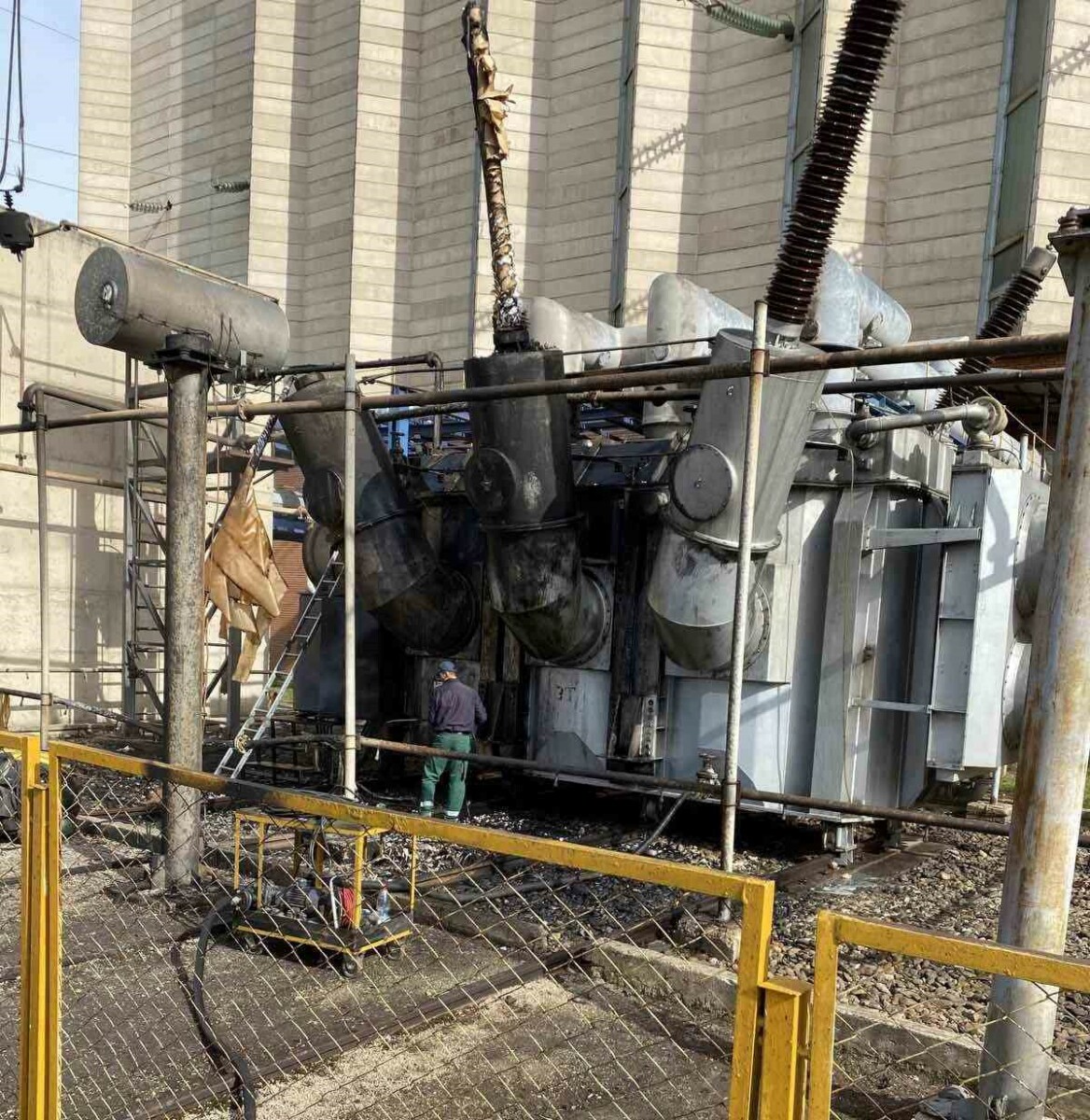 After the fire, the damage to the transformer of Block 3 of REK Bitola is on a larger scale, Photo: ELEM

The damage to the transformer of Block 3 of REK Bitola is on a large scale, after the fire that broke out on the night between Friday and Saturday and that certain period will not be able to be connected to the production system, informed JSC ELEM for "Free Press". There is no information on how long that "certain period" will last, and in the meantime some of the media have already reported that the defect of the Block 3 transformer is on a larger scale, which according to energy experts means that its repair will take at least a year.

So far there is no information what will happen with the procurement of 900 thousand tons of coal, which were intended for the third block of REK Bitola, whether the procurement will continue, and the coal will be stored in landfills until the rehabilitation is completed. Otherwise, instead of in December, from next week, Block 2 will work at full capacity, in which the regular overhaul has been done so far, but as they say from ELEM, there is currently a need for its faster inclusion.

- TPP Oslomej is currently in regular service for its preparation for continuous production of electricity from December to April next year, with 300 thousand tons of purchased coal for which the procedure will be completed in the next few days. The other capacities of AD ESM, the hydropower plants Crn Drim, Mavrovo, Treska and Tikves, the gas power plant Energetika - Skopje and the wind park Bogdanci are in operation - briefed by AD ELEM.

The fire started on one of the insulators of the external transformer of Block 3 and was extinguished with a quick intervention of the fire services. There were no additional accidental damages. The location is provided and teams of AD ESM and the competent services will investigate the reasons for the event. In case of fire, for safety reasons, the automatic protection works and it reacted by turning off Block 1. In less than an hour, Block 1 was restarted and returned, and is already working at full capacity.

- AD ESM strongly denies all speculations about alleged unprofessional and unscrupulous operation and operation, given that it is a production process with equipment over 40 years old. The most important thing for the company is that there are no injured people in the occurrence of the fire and its repair - say from ESM.

The Chamber of Commerce proposes a "0" electricity tax for companies

The fire that broke out on block 3 in REK Bitola is a consequence of untimely and poor quality maintenance of all blocks in the thermal power plant, he says for Lokalno.mk. the President of the Economic Chamber of Energy Gjorgji Manaskov. In order to overcome the energy crisis, the Chamber proposes complete abolition of the electricity tax rate for companies from 18 to 0 percent in a period of 6-12 months, establishment of the Macedonian Energy Exchange, abolition of active power and maxigraphs in industry and companies, establishing a balance group in Mepso, as well as a special Ministry of Energy that will manage the energy developments in the country, but also to prepare a restrictive plan for rescue from the energy crisis.

In anticipation of the final information about the procurement of the required quantities of coal, the public is increasingly speculating that higher bills for electricity consumption will become a reality from the New Year. Some experts estimate that the increase will reach up to 20 percent.

ESM Sales has signed two agreements with two different companies for the supply of 26.000 megawatts of electricity that will cost 5,5 million euros, Sitel TV reported.

According to the agreement, the delivery will be made in the period from November 7 to 20.

ERC made a decision: New fuel prices from midnight