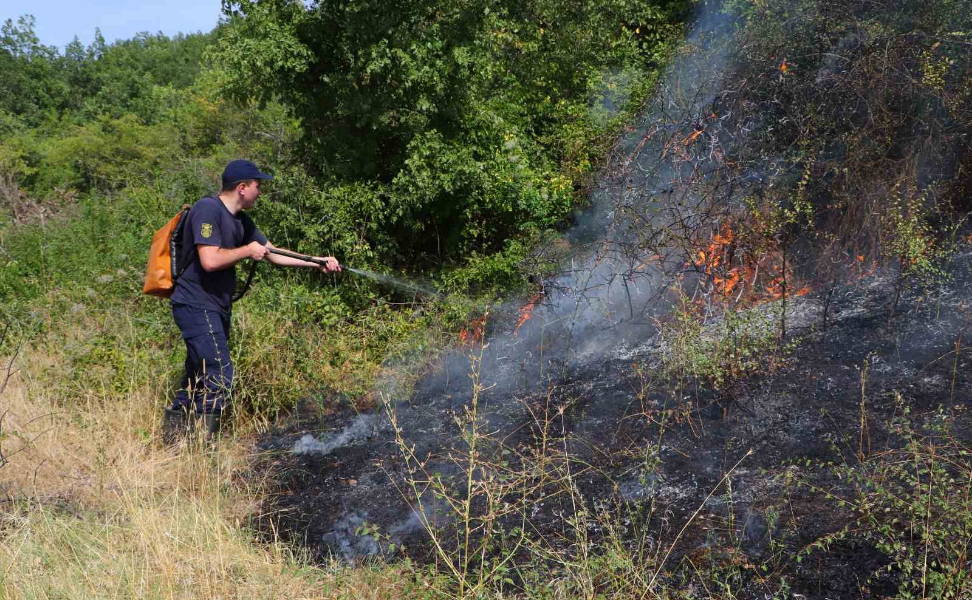 The firefighters in Chelopek in the municipality of Staro Nagoricane intervened twice, informed today the officials from RCUK Kumanovo and the firefighting unit of Staro Nagoricane. They say that the first fire was registered from 11 until 12.30, and former barracks were burning. The second fire was registered at 15.20 and lasted until 19:XNUMX in Chelopek, where a house, building, cattle and stubble burned.

- There are still duty crews there, the fire is localized, said the commander of the fire brigade, Dalibor Trajkovski.

In Drenak, on the move to Drenak-Zeljuvino, the fire is still active, which is at a higher altitude on inaccessible terrain and is extinguished by firefighters, members of the Ministry of Interior, forestry. A low-stemmed forest is burning there.

- The fire is currently under control, but teams will remain for some time, the situation changes from hour to hour, says Trajkovski.

In the Kumanovo area, teams from the territorial firefighting unit are intervening on three hotspots, informed the commander of TPPE Kumanovo, Dejan Ilievski.

- There is a fire over Dovezence, on a higher part, there is our team, there is an active hotspot on the move Gorno Jachince-Dovezence and at another location Murgash towards Gorno Jachince, where we are working on extinguishing - said Ilievski.

After the reports in some media about a victim in Staro Nagoricane, MIA asked for an answer from the Ministry of Interior, where they say that they are acting upon a report in Chelopek, Staro Nagoricane.

VIDEO | Children in the Balkans are a nightmare: They burn, break, fight, argue with teachers