Three people were injured after a bridge collapsed in Pittsburgh 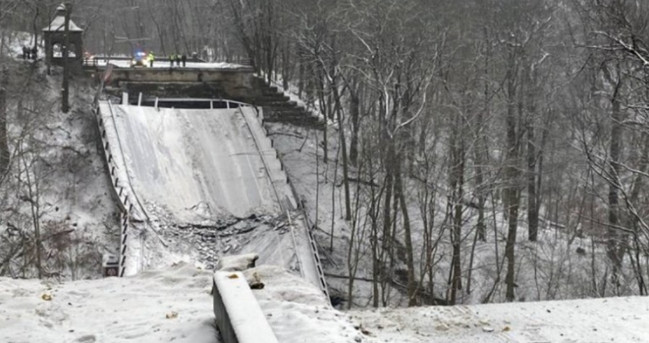 In the American city of Pittsburgh A bridge collapsed around 6 a.m. local time, and rescue services arrived at the scene immediately.

Police later said three people were injured and that the injuries were not life-threatening, and that they were checking to see if anyone was left under the rubble. So far there is no information that anyone died in the collapse of the bridge.

Photographs from the crash site show the bus hanging from a section of the bridge that collapsed.

There was a strong smell of gas in the air, which closed the pipeline.

Meanwhile, vehicles were pulled from the rubble of the bridge. The authorities appeal to the citizens to avoid that part because the emergency services are working in the part of the collapsed bridge.

Pennsylvania has 3.353 bridges in poor condition. Under a bill backed by both Democrats and Republicans, Pennsylvania is due to receive $ 1,63 billion in federal government assistance over the next two years to rebuild bridges.

A bridge collapsed in Pittsburgh, the smell of gas in the air