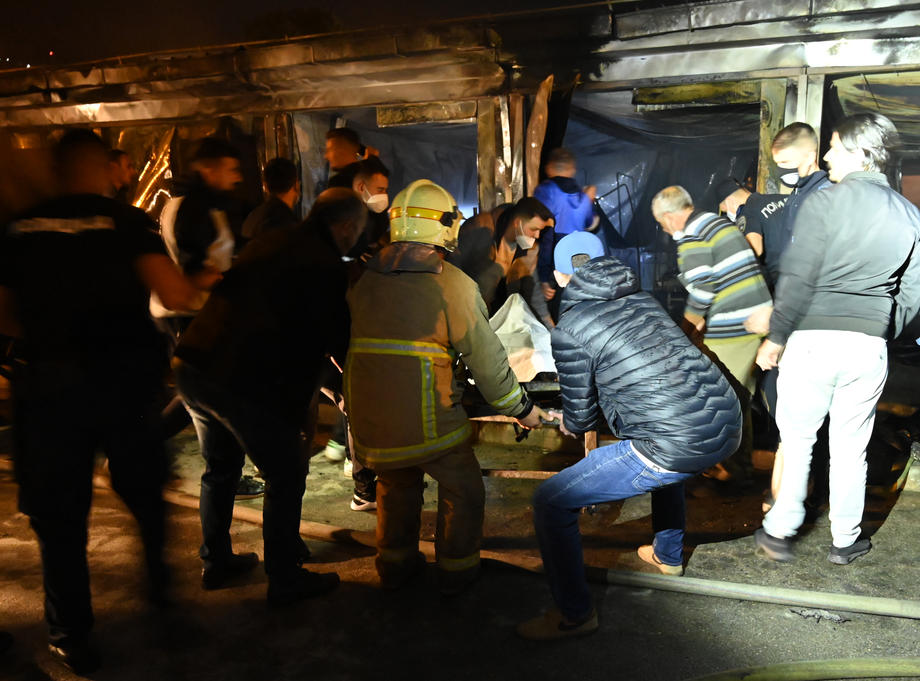 A woman from Tetovo, whose father was being treated by a coyote in the modular hospital in Tetovo, says that the fire probably occurred after the doctors in the next room with a defibrillator tried to resuscitate a girl who was dying. At the moment of the intervention, says the woman from Tetovo, she heard calls that the girl must be animated in the next room, the doctors and nurses were scattered, and soon after that panic calls were heard that the fire had broken out.

That it is possible that a defibrillator caused the tragedy in the Tetovo hospital is claimed by "Free Press" and doctors from the infectious department of the hospital, with whom we spoke on condition of anonymity. According to these unofficial versions, it is possible that the socket to which the defibrillator was connected sparked, or that the spark plugs of the defibrillator themselves caused a fire. This version has not yet been confirmed by official sources in the investigation.

The woman from Tetovo says that the fire started to spread quickly, but with the help of the medical staff, she managed to pull her sick father out of the burning hospital through the window. He was then placed in the internal ward of the Tetovo hospital.

- I saw people burned, corpses, very injured, it was terrible! I do not wish anyone to see such a sight. The hospital burned down in a few minutes, in those two minutes whoever managed to save himself, saved himself, burned very quickly - the woman from Tetovo testified for "Free Press".

Officially, the causes of the fire are still unknown. The on-site inspection is currently underway, after which the authorities will come out with official information.

Eyewitness: It was scary, shots were heard from inside - I was putting out the fire, others were rescuing people

BPPO: Autopsy of 14 dead, inspection continues after the fire in the modular hospital in Tetovo

Doctor Aleksandar Stankov: The autopsies of the 14 deceased from the modular hospital will be completed today

Greek media about the fire in the modular hospital in Tetovo: Tragedy in Northern Macedonia

Vuќiќ: Serbia is ready to give fraternal assistance to Northern Macedonia

Councilors from the list of Dimitrievski and SDSM are fighting, Salievski says that Redzepovski hit him in the head

VIDEO | Dimitrovska: The role of the audit is to determine where the parties received and where they gave money

VIDEO | Petkovski: The parties lost, the citizens won in these local elections

Taravari accuses: After October 31, we will publish recordings, facts and arguments that there are many invalid sheets

Energy crisis: Germans learn to cook without electricity, our winning combination is a wood stove

VIDEO | Popovski: Not realizing the consequences, the Alliance served as a pontoon bridge for VMRO-DPMNE

VIDEO | Andonovic: Erdogan in a diplomatic showdown with the West

The victory is ours, and the defeat only theirs!