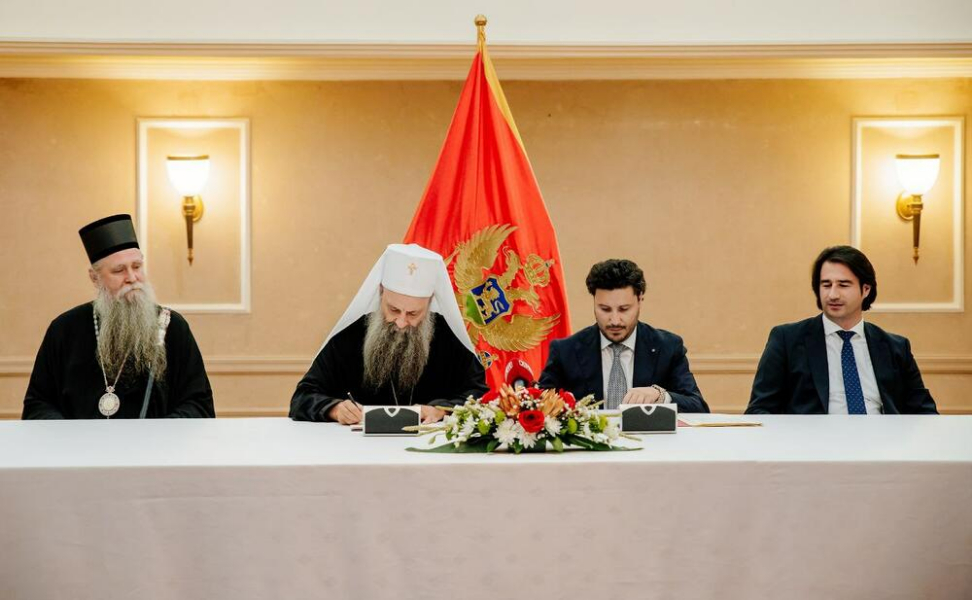 Montenegrin Prime Minister Dritan Abazović and Serbian Patriarch Porfirij signed the Fundamental Agreement in Podgorica today, which regulates the functioning of the SOC in Montenegro.

The signing of the agreement was also attended by the Montenegrin Minister of Justice Marko Kovač and the Metropolitan of Montenegrin and Littoral SPC Ioanikije.

The government of Montenegro and the Serbian Orthodox Church had not previously officially announced the arrival of Patriarch Porfiri in Podgorica, and the exact date of the signing of the agreement was not publicly announced.

RTS reported that during the signing of the agreement, a small group of citizens protested in front of the villa "Gorica" ​​in the capital of Montenegro, and the police blocked the approaches to the villa.

The signing of the Basic Agreement was delayed for a long time, and the issue caused political and social disagreements in Montenegro.

Montenegrin President Milo Djukanovic threatened a few days ago that if the agreement with SOC is signed, he will withdraw the support that his party DPS has been giving to the minority Government of Prime Minister Abazovic, which would lead to its downfall.