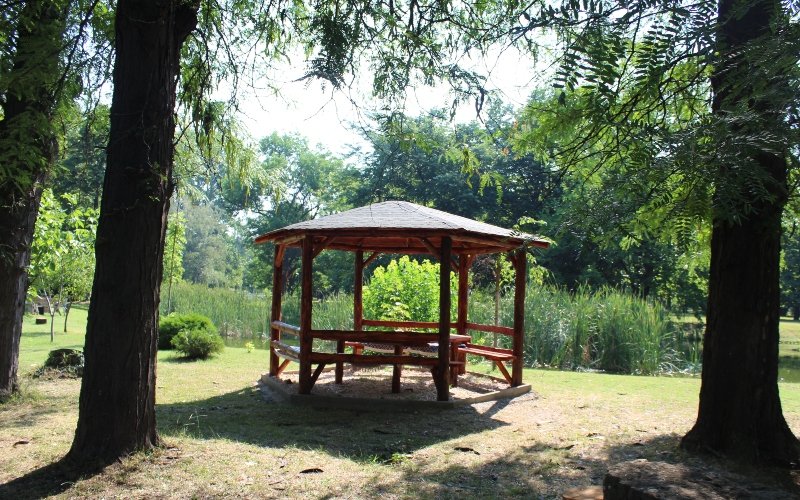 The teams of PE "Parks and greenery" by order of the City of Skopje installed the new park equipment near the ponds in the second part of the City Park.

– The new park element fits completely into the natural environment, contributes to the enrichment of the contents of the park and is a real place for a pleasant stay in the open air. The gazebo is made of wooden elements and is covered with shingles. The maintenance of greenery, the arrangement of new green areas and the installation of new park equipment is only part of the activities that PE "Parks and Greenery" performs these days in the City Park, and their teams are especially active in its second part - the City of Skopje informs.

Otherwise, in the city park, according to the authorities, the reconstruction of the central footpaths carried out by PE "Streets and Roads" continues, and will continue in the coming period, with the aim of renovating a total of 3.000 square meters with new asphalt.

In the coming period, the services from the City of Skopje announce that they will carry out the restoration of the damaged urban equipment in the city park, and the non-functioning taps for drinking water and fountains will be restored, as well as additional greening of the existing lawns.

#the City of Skopje #city ​​park
Share
Video of the day