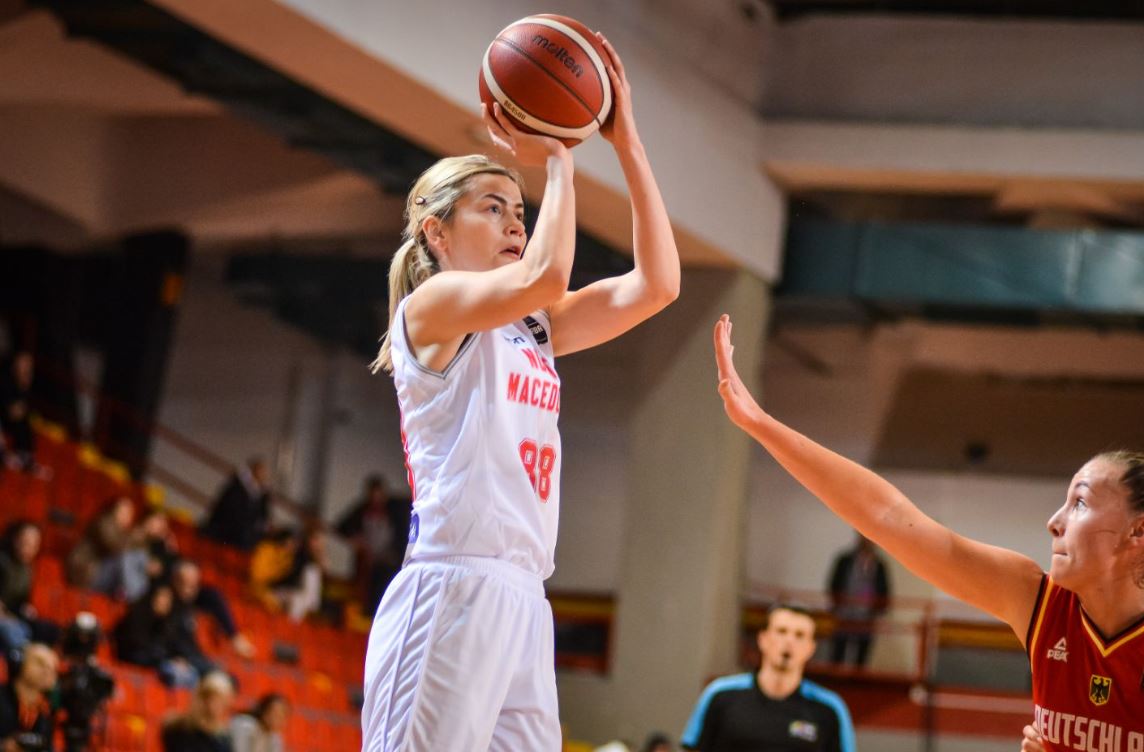 The Macedonian basketball team suffered their fourth defeat in the qualifiers for the European Championship 2023/photo: kfsm.mk

We perfectly matched the German women from the very beginning of the meeting. We acted fairly evenly, correctly in defense, patient in attack. We only had a point deficit in the fifth minute (12:13), after Hempe's conversion. But in the next two, Germany hit two three-pointers, and took the lead with 18:12. Enough for our first time-out...And four of our points, to close the first quarter, with a completely solid 16:18.

In the next one, ours followed, probably the best 10 minutes in these qualifications. A new Macedonia appeared on the field in SRC "Kale". Our basketball players were even fiercer in the defense, which resulted in a higher percentage of conversions in the attack. Our new asset, Merit Hempe, worked excellently, and she was the most deserving that in the final four minutes of the quarter we managed to break away from the equal score.

We took the lead with 29:25, then with 32:25, so after Hempe's triple, Macedonia built the highest 35:27, with which they left for the big break. We kept what we built in the first half for seven minutes in the third period. In the next one, the favorite reached a tied score (41:41), and already in the next attack, in the lead of 44:41, which was annulled by the clearly motivated captain of our team, Trajchevska, with a three-pointer.

Germany entered the last 10 minutes with a minimal lead (46:44). And instead of maintaining this result uncertainty, the Macedonian basketball players failed, scoring only three points, and the opponent as many as 25.

Hempe was in the best mood in our ranks with 20 points, and on the opposite side, Fibih scored 23 baskets. In the group "A" table, Belgium leads with seven points, as many as Germany, Bosnia and Herzegovina has six, third position, and Macedonia remains at the bottom with four.

VIDEO | Never seen in football: An Atletico player scored a goal while on the bench

What's going on with Liverpool: Jurgen Klopp is disappointed and has no explanation

Nikolic: I hope the triumph over Cedevita Olympia is the end of our weak matches

VIDEO: Liverpool's new debacle, the "reds" further away from the Champions League

VIDEO: Miovski already has 14 goals for Aberdeen, the Macedonian is among the most efficient in the Scottish Premier League