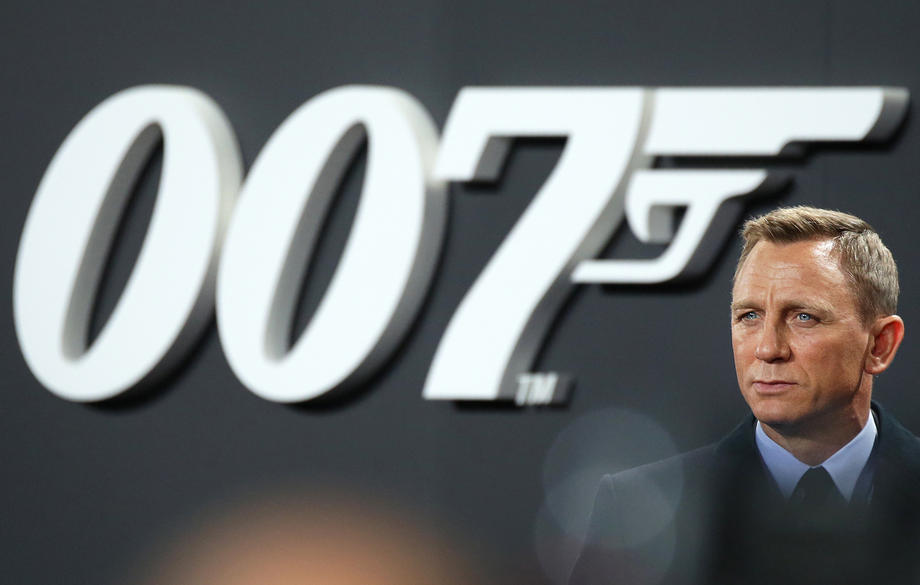 British actor Daniel Craig at the premiere of "No Time To Die" in Berlin / Photo: EPA-EFE / JOERG CARSTENSEN GERMANY OUT

James Bond 007 has been on the movie screen for 57 years in 25 screenings. From Goldfinger to No Time To Die. From Sean Connery to Daniel Craig. The latter has not yet started with full global distribution, and it is already speculated who will be its successor. It speaks to the superpower commercial concept with which Anglo-American film companies treat film, demonstrating the power of the industry to produce top entertainment and, of course, profit.

How is "No Time To Die" different from other Bonds?

Alfred Hitchcock had a unique recipe in his films to show the victim from the beginning, and then to find out who the killers were and how they did it. In the case of the last Bond, the same recipe is applied, with the difference that James Bond and Daniel Craig are also victims. Who the perpetrators are is less important here. The producers of blockbusters are very careful not to let the public hear about the ending of the film, they even practice shooting an alternative ending, just in case.

But there was no alternative to "No Time To Die". It had to be announced in advance that this Bond was the last of Daniel Craig. Specifically, the script is visibly written for Craig, and less so for Bond. (By the way, Craig is also the co-producer of the film). Hence, Bond had to be given maximum human and down-to-earth characteristics. He is extremely humanized.

First of all, this is seen in the "lack" of the usual "arrogance" due to his privileged status as an agent licensed to kill. No, there is no lack of action, no fighting, no killing, but there is an impression that this Bond does it only as an official duty, not as one of the adventures he gladly accepted. Then there were very few previous Bonds with that much emotion. Bond falls in love, has a romantic relationship, Bond has feelings, Bond is "human-like". And not only because of the script, Craig reacts superiorly with his personal performance, to an actor who is aware of the importance of Bond in his career, an actor who wants to prove his talent in front of his audience. This is definitely his most intimate performance as Agent 007.

In terms of the whole ensemble of actors, Craig is (and should be) the conductor of a large symphony orchestra composed of top musicians from whom, unfortunately, we hear some fakes, but the conductor still manages to finish with an extended fortissimo. And naturally the strongest applause is intended for him.

As for the production features, it is obvious that as a counterbalance to Craig's "softened" character, a very robust visualization has been added, and two villains have been added to the film.

It is pointless to retell what is happening in this film, primarily due to the rather crowded narrative that takes characters and situations from the predecessor "Spectra", which forced the producers to increase the minutes in the final version (163 minutes). Certain cuts would be a function of durable visibility. Interestingly, the appearance of Covid 19 (which delayed the film) has a strange coincidence with the "nano virus" from which Bond should save the world. I'm probably exaggerating, but I think that lucid DHL ad is more effective (and more effective) than any half-hour car chase.

Do you still need Bonds?

Ultimately, "It's Not Time to Die" fails to emerge from the shadow of previous Bonds. Probably neither can nor should. But that leaves open the question: is the 26th Bond needed? As if all the resources of Ian Fleming's original were wasted, with all the screenwriting skills of entire teams of writers, what new should one expect? Bond woman? Black-haired Bond? Robot Bond? (we already had "Robocop"), Jedi Bond?…

The problem seems to be in the repetition of the stories, the routine arrangement of the scenes, the predictability of each Bond ending. The classical formula can hardly be radically changed. If Craig were to retire and die, why wouldn't Bond finally retire? The intention is to save the future Bond trainees. Because obviously evil spreads faster than good.

And to conclude that Craig in "No Time To Die" is more charismatic than Bond.

The Beatles tried to film "Lord of the Rings", but… J.R.R. Tolkien rejected them

PHOTO | Turkish actress Berguzar Korel: "I gave birth at 11 o'clock, it was painful, the only experience… Leila was born with the umbilical cord around her neck"

Decently beautiful and chic enough: What should be the dress code of TV people?