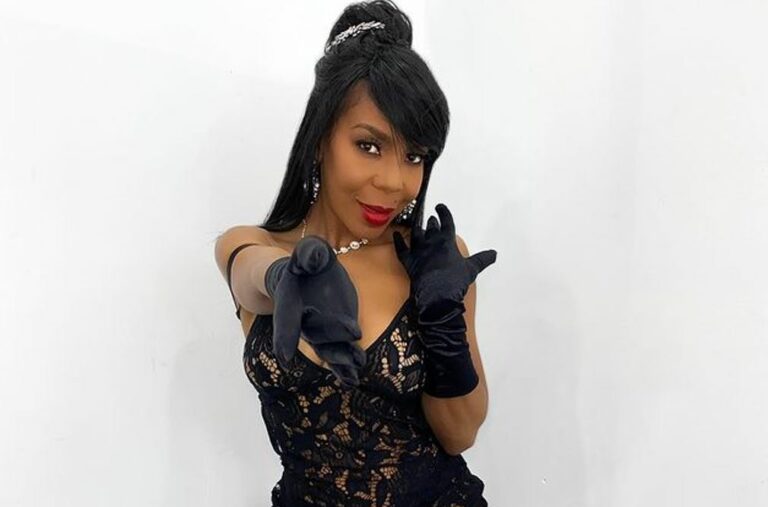 Andrea Kelly she married Р. Kelly at the age of 22, in 1996, and the two have three children: Joanne, Jaa and Robert Jr.

The ex-wife of the singer-songwriter R. Kelly, Andrea Kelly (47), professionally known as Drea, an American choreographer, dancer and actress, this time after the Court's decision on the 30-year prison sentence of her ex-husband, is silent, journalists expect her to speak out. , as it did recently. And when Drea talks about Kelly, it's always with a mouth full of accusations, but still, protective of her children whose father is the convicted musician.

Last year, at the end of September, Drea Kelly appeared on Good Morning Britain, where she discussed the guilty verdict of R. Kelly who was brought in the night before. Despite the sympathy for the female victims of the predator, the ex-wife of the singer admitted that she also felt sorry for her children.

"I feel like my heart is split in two," Drea said last year. "My heart definitely goes out to the survivors of the violence and the courage it takes to step forward and tell the story, but my heart breaks as a mother because now this is the legacy that my children and their children's children." She said she fears for her children, adding "at the end of the day, you can't escape your bloodline."

"His blood runs through my children's veins and is part of their DNA and they can't escape it even if they wanted to," she continued. "So it's very difficult for me to sit in this position."

She also explained that she will not interfere in the relationship between their children and Kelly if they decide to support him. "It doesn't matter if your parents have a drug addiction problem: you will continue to love them because they are part of your DNA, you share your blood with them," says Drea.

A marriage full of violence

In the past, Drea has accused Kelly of frequently beating her while they were married. When they divorced, she began to accuse him of not giving a cent for the children, for alimony. In 2018, Drea explained what their marriage was like.

"People had no idea it was two different men in one," Andrea told ABC News. "There is a person: Robert, but there is also a person: R. Kelly."

She explained that Kelly was physically and emotionally abusive towards her.

"Here I am, his lead dancer, choreographer, on stage right next to him, and people have no idea that this guy beat me up a little bit on the bus," she said. "People have no idea what kind of bruises I'm hiding."

"I think to myself, 'It's impossible,'" Andrea said. Drea then said that the last time she spoke to her ex-husband was "a long time ago, I can't even remember."

He did not pay alimony

In 2019, the choreographer revealed that Kelly had stopped paying child support.

"He stopped paying child support the moment I told my story about the relationship with him, and he's still abusing me financially," Drea told People. "So it's like, 'Oh, okay, do you want to tell your story?' Good. I'm canceling child support.''