The ex-wife of Misho Kovacs about the night they lost their son: I begged him not to buy a gun, not to give it to him 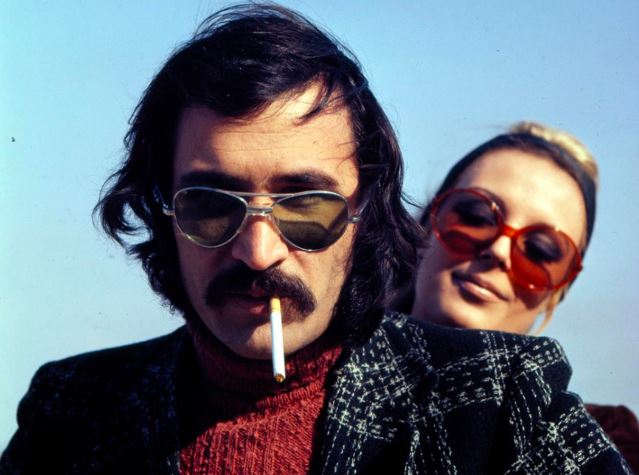 The love between the missus Anita Baturina и Miso Kovac started when she was only 18 years old and he was married to Ljubica Kovach.

After two years, the couple stopped at the "crazy stone", and soon they had a son Eddie, and then the daughter Ivana.

They lived in Zagreb, in a luxury apartment in Gornji Grad, they traveled almost all over the world, and the media "fed" on the stories of a peaceful family life without conflicts and affairs. The image of an ideal family lasted until the early 90s, when their son Eddie died in the war. A story about what exactly happened and how a family fell apart.

Anita now, in a big confession for the Croatian media, told the details of the tragic night when they lost their son.

"Micho and I raised them to always be good to other children and help them, so they were always surrounded by their peers. Then came the 90s and Eddie stood up Bad Blue Boy. I told Michaud that I didn't like it at all and that we had to do something to focus him on school, but Eddie didn't give in," Anita recalls of the events before the tragedy.

"Misho then did something stupid. He bought a gun and gave it to Eddie. I begged him not to do that, to put a weapon in the child's hands, but Michaud had a lot of confidence in Eddie and claimed that our son was responsible enough and that he knew what he had in his hands. And Eddie was no longer separated from the gun. He even wore it on outings. Until that fateful evening in April 1992..Eddie always called if he stayed longer and we always knew where he was and what he was doing. But he didn't call that night, and he didn't even come home until 22 p.m. Not even until 23:00 p.m. I walked around the apartment crazy with worry, with some bad feeling. I begged Michaud to do something, to go look for him. And he was beside himself with worry, but he didn't know who to call, where to go. I was going out in front of the house, looking down the street, waiting for Eddie to appear from somewhere. Around three thirty in the morning our phone rang. Michaud called and was speechless. The police told him that Eddie is in Drashkoviceva, in the Traumatology Hospital and that they told him that Eddie "has a minor brain injury".

They immediately went to the hospital and Anita says that was the last time she saw her son.

"He had a bandage around his forehead and the doctors were very optimistic about his recovery. We were told that the bullet went through the frontal part of the brain and that Eddie would pull through, but that he would likely have motor problems in his right hand. Nothing indicated a bad outcome", Anita recalls the night in which Eddie was killed, after which he spent a few more days recuperating in Drashkoviceva.

"As I was told later, one of the doctors came in for a visit and took Eddie's cover off. He was shocked to see that his stomach was swollen and full of fluid. They immediately transferred him to KBC Rebro and they discovered that it was full of bacteria. Eddie, due to someone's intentional or unintentional mistake, died of sepsis in great agony, and that is still the hardest thing for me to accept today. Our son should not have died," said Anita Baturina.

The death of a child is surely the worst thing that can happen to parents. All the more so that the initial forecasts were encouraging and nothing foreshadowed such an end. Michaud was a completely broken man and, as Anita says, she immediately saw that he would not be able to cope with the grief of losing his son.

"I was falling apart too, but I told Michaud that we had to get together because of Ivana. She was at a sensitive age, she was 14, she lost her beloved older brother, and then she watched as the two of us just cried and kept silent. Our little girl suffered alone", Anita describes the most difficult days in her life, which led to the complete disintegration of the once happy family.

Then Kovach left the family for a much younger woman, and his daughter indulged in drugs and even tried to take her own life by taking an overdose of drugs. All those shocks were difficult for the singer, who was already on the edge of nerves.

Miso Kovac was admitted to the hospital again, he has pneumonia

PHOTO | A perfect weekend: Tamara Todevska and her mother Brana are enjoying the picturesque Istanbul