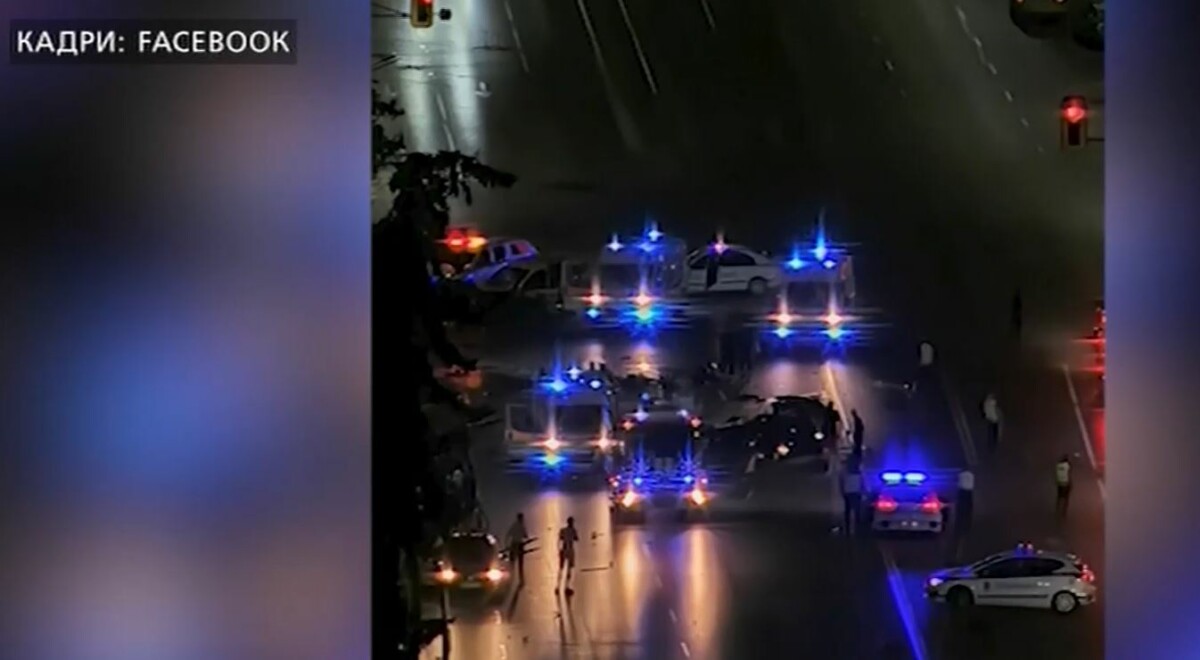 Former Bulgarian football player (35) Georgi Semerdzhiev yesterday evening in Sofia caused a traffic accident in which two girls died, and he escaped from the scene of the accident, reports the Bulgarian television Nova.

The police immediately issued a warrant for Semerdzhiev, who previously played for Heber Pazardzhik, Vihren, Rodopa, Botev, Sportist Svoge, and in the youth categories he played for Levski, Nova reported.

The accident happened shortly after 23 p.m. at the intersection between "Sveti Naum" and "Cherni Vrh" boulevards in Sofia, near the "European Union" metro station, when an Audi Q7 jeep and a taxi collided, and the jeep passed at high speed. at a red light and during the collision, two girls who were walking on the sidewalk lost their lives.

– We know who the driver is. There are more than 50 traffic violations. The same person was driving the car with fake license plates. It has a Sofia registration, and at the time of the impact the license plate was German. A blue warning light and a police baton were found in the car. Two young girls, aged 22 and 26, who were waiting on the sidewalk, died. From the very impact, the car split into two parts, one half passed through the pedestrian zone and carried away the girls - said the head of the Sofia traffic police, Tencho Tenev.

Several other people were injured in the accident, including the 52-year-old taxi driver who suffered a head injury. He was examined by emergency teams, but refused hospitalization. The driver of the car, the former football player Semerdzhiev, who caused the accident, together with the passenger fled from the scene of the accident. The police searched his home but were unable to find him.

Sedloski: We didn't deserve to lose, tonight we were celebrated by the better team

The Struga tournament will have a new champion, Vardar defeated by Celje