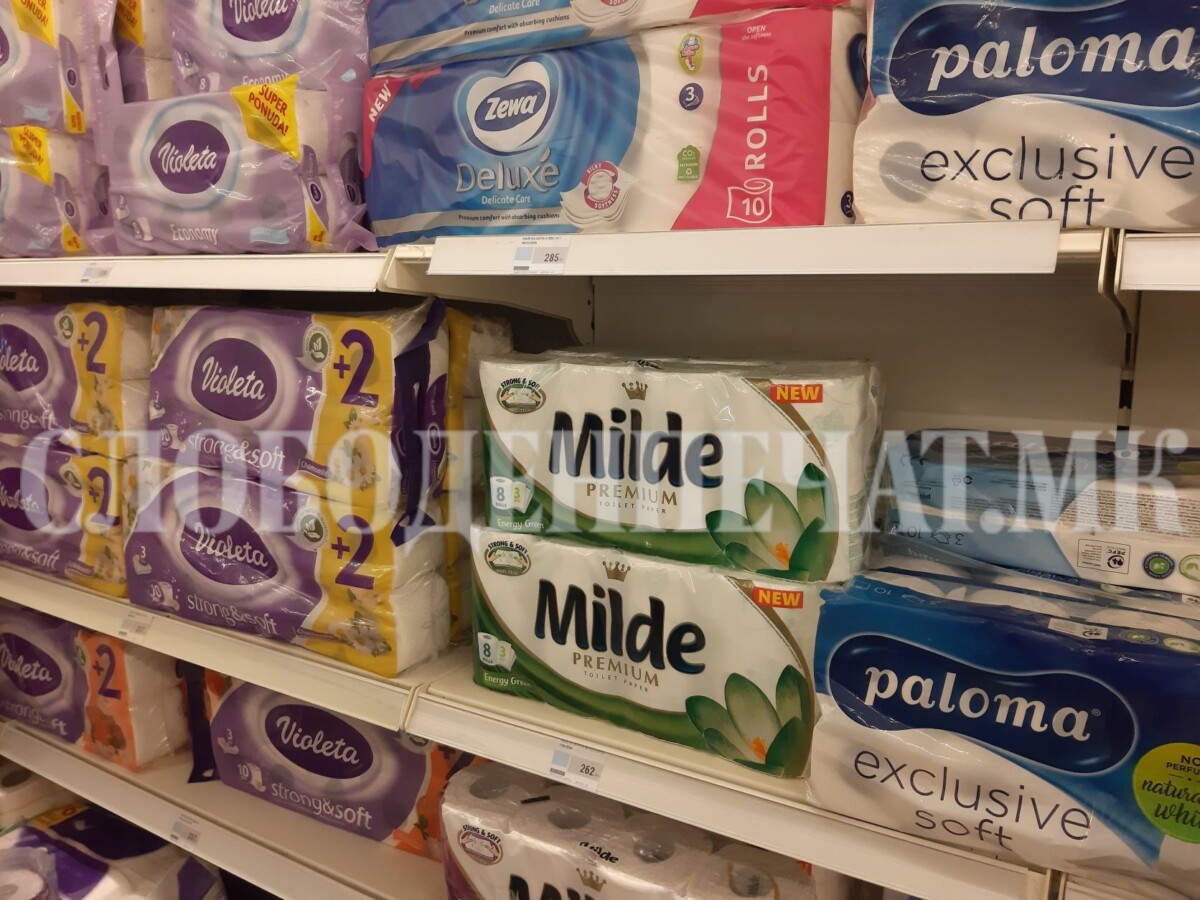 A drastic jump in the price of cellulose, packaging, transport, electricity and gas, are the input components that have significantly increased the prices of toilet paper

Prices are rising for almost all products, but what stands out these days is the enormous jump in the price of toilet paper. Packages with po 10 three-layer toilet paper which until recently were 180 denars, and which could be found on the stock for 110 denars, are already sold at 260 denars. The four-layer paper in a package of 10 rolls exceeded 300 denars, a roll of paper for wiping hands from 50 denars "jumped" to 80 denars…

The prices of sanitary pads, wet wipes and diapers have also increased by 20 percent.

In the Croatian media, the group for hygiene products "Violeta" announced the increase, stating that from May 8 they will correct the prices by 10 to 15 percent, and the most correction will be in the toilet paper and paper towels. This brand is widely represented in Macedonia through the daughter company "Teta Violeta".

Croatia's Delta Paper said it had raised prices by almost 45 per cent since August last year.

- The reason is the increase in the price of raw materials - cellulose, whose average price of 900 euros per ton has increased to 1.500 euros. "Packaging materials, especially cardboard foils and boxes, as well as logistics, have become significantly more expensive," said Krunoslav Kisak, co-owner and director of the company.

He also explained that the so-called "cellulose cooking" requires a large amount of energy. The situation with both gas prices and electricity prices is already well known and they have caused an increase in all other prices.

SSM is still protesting in front of the Assembly today