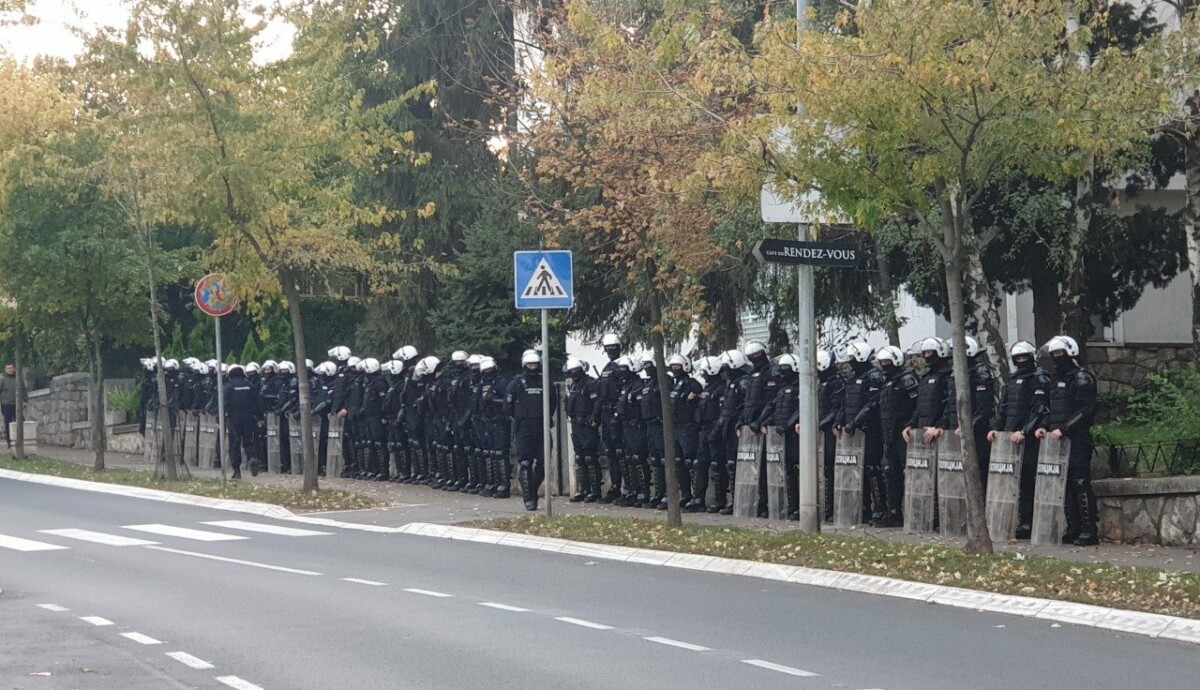 Strong police forces are deployed in front of the US Embassy in Belgrade due to the announced protest of the ultranationalist organization "National Patrol" due to, as they stated, the incidents that took place these days in North Mitrovica and Zvecan in Kosovo, when several Serbs were injured. which two hard, reported the televisions H1 and Nova.

Protesters refused to go in front of the US Embassy 15 minutes after the start of the protest and went in front of Pink TV. After a short stay in front of that television, they headed back to the US Embassy, ​​but were stopped again halfway by the gendarmerie. Then they went again to the roundabout at the Dragisa Misovic Hospital. Traffic in that part of the city was disrupted due to thirty protesters, mostly minors.

Damnjan Knezevic addressed the gathered in front of Pink TV, after which the situation was quite calm. Members of the security of this television set up a fence to prevent the protesters from breaking into Pink TV. Besides that, they chanted to Pink's owner that his son was a murderer. After that, they headed back to the US Embassy.

- It is crazy if someone thinks that we can harm the American Embassy. We can not get there. We want to support our citizens in Kosovo not to go to the polls tomorrow. "This embassy bombed our people and together with KFOR members are responsible for the violence of a few days ago," Knezevic said.

VIDEO | Belgrade on the streets: River of people on the highway, traffic blocked at several locations