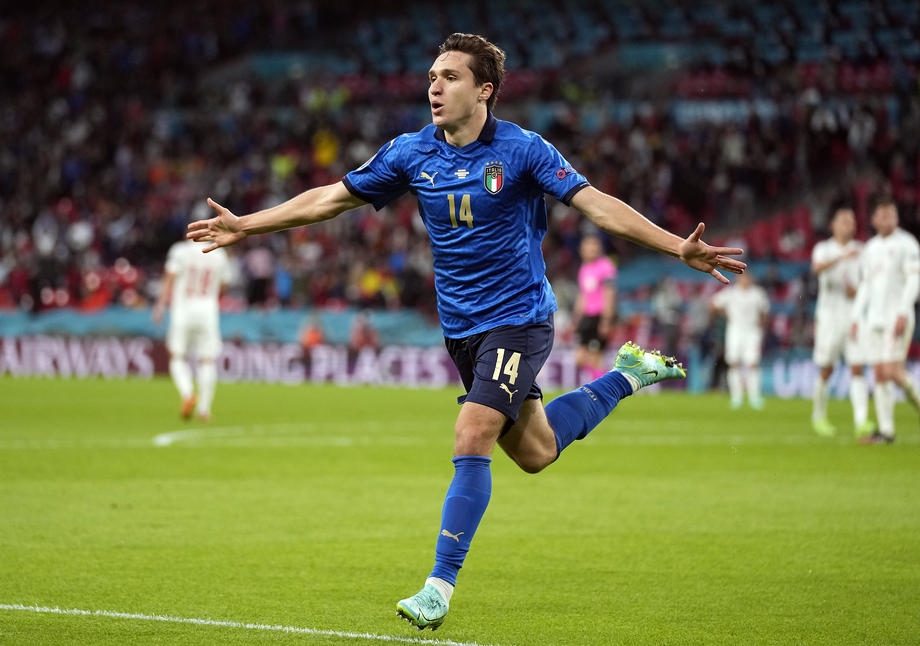 According to "Gazzetta dello Sport", the biggest European clubs are in a race to provide the services of Federico Chiesa (23).

Liverpool has been showing interest in the Juventus player for a long time, and now Real Madrid, Chelsea and Newcastle are also in the game.

At the end of the season, Chiesa ends his two-year loan (from Fiorentina), after which Juve have the option to buy his contract for 40 million euros. The "old lady" will try her best to keep the footballer in her ranks because the biggest European clubs will do everything to hire him.

Gazzetta claims that Liverpool have been inquiring about Chiesa for a long time, and Chelsea have reportedly already offered 100 million euros, which Juventus rejected, but Abramovich's club is preparing a bigger offer next summer. A problem for all those interested will be Newcastle, who will have no problem following the offers of other clubs, but the biggest problem for all of them will be to convince Chiesa to leave Italy.

Chiesa has so far played 50 games for Juventus and recorded 16 goals and 11 assists. He scored four goals in 35 appearances for the Italian national team.

VIDEO: Beautiful gesture of Zenit players before the match with Rostov

VIDEO: The goalkeeper does not understand either - Iranian with the most beautiful goal in the history of futsal!

PHOTO: Grieving over Girl, Wanted to Leave City, and Now He's the Best in the Premier League

E. Pelister does not give the top, superior against Tikves