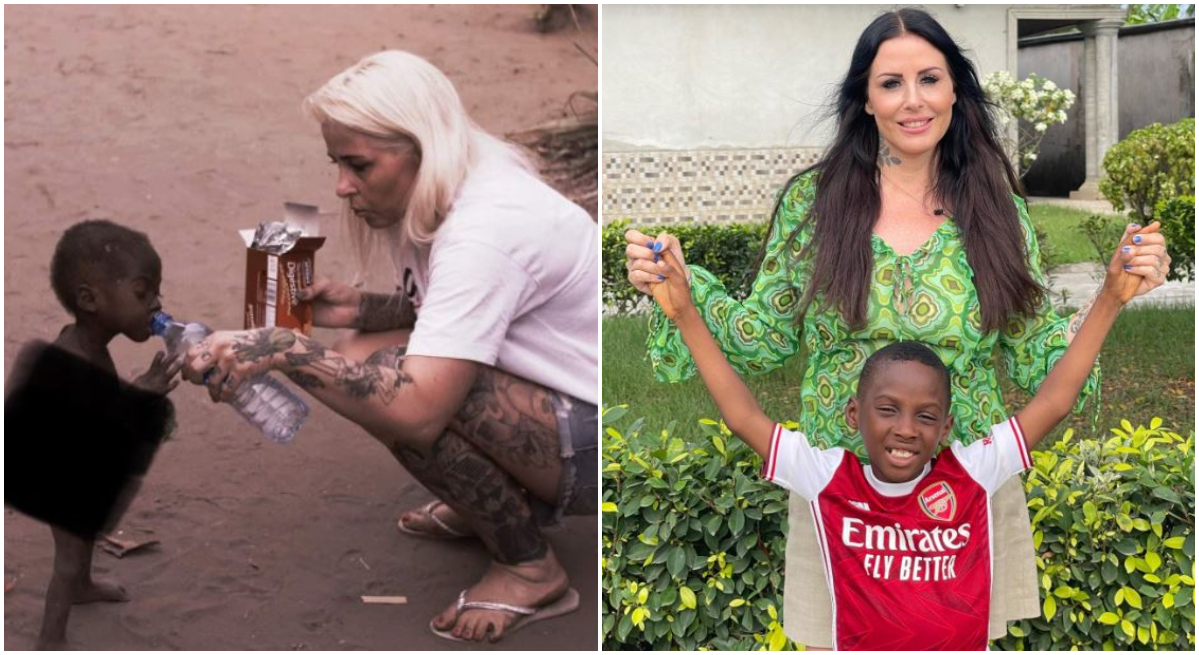 One of the most striking photos from Africa is the one to which a humanitarian gives water to a hungry little boy who can barely stand on his feet.

Anya Ringren Lowen from Denmark rescued a boy accused of witchcraft, who was left by his parents to die of hunger and thirst on the street. A child named Hope survived by eating garbage he found on the street and was in a terrible condition.

Anya gave him food and water, wrapped him in a blanket and took him to hospital for treatment. Two days after asking people online to help treat Hope, she received $ 2 million in donations from around the world.

Anya and her husband founded the Land of Hope Foundation in Nigeria for all the children they call witches, leaving them on the streets, physically abused and some unfortunately killed in rural areas of the country.

Anya recently shared a new photo of Hope on her Instagram account, which shows a healthy and smiling boy.

"After Hope was rescued in 2016, I was interviewed by the media around the world and since then the story of his progress has been published in many articles. The only problem with this story is that, despite thousands of articles, interviews, numerous documentaries accusing Nigeria of witchcraft, children are still stigmatized, tortured and killed. "Laws to protect children have not been enforced, and the number of children accused of being witches is growing because it has become a lucrative business," she wrote, urging all good people to donate to their organization.

"At that moment, a child was burned alive. They put car tires around the children and burn them. We have to stop that. "The dead can not call for justice." "Despite all the cruelty and hardships of our world, we are not just prisoners of fate. "Our actions are important and can turn history in the direction of justice," Anya said in the description of the photo.