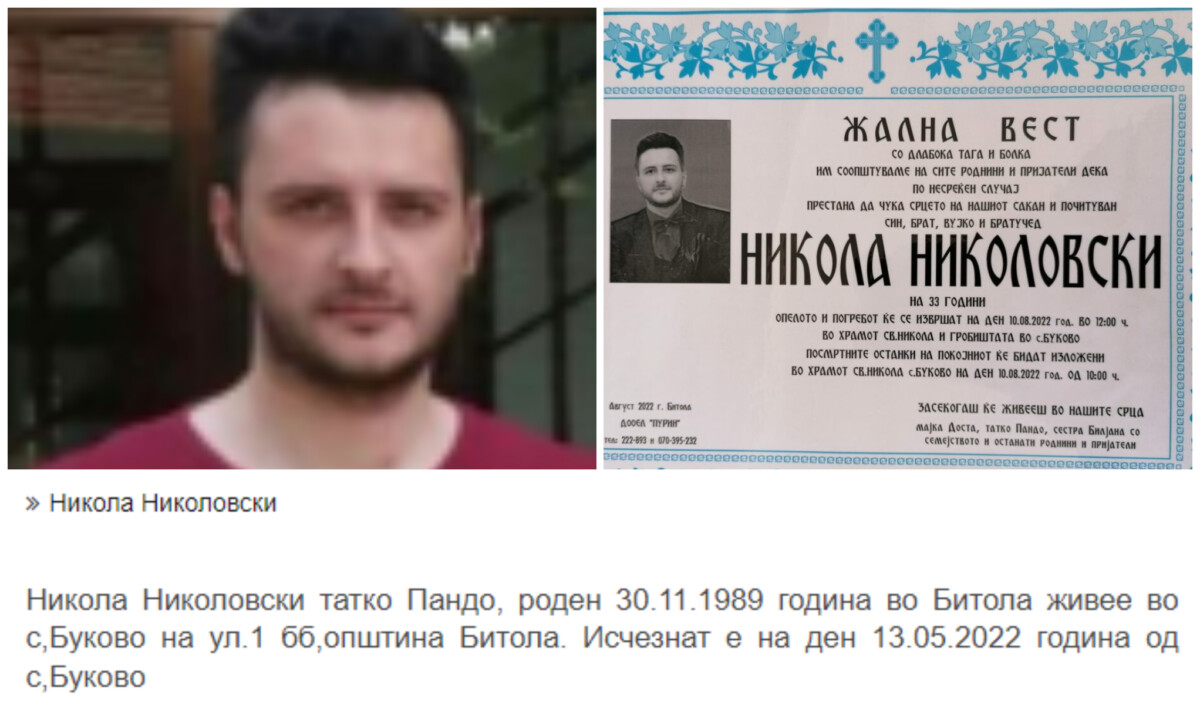 Nikolche Nikolovski (33) will be buried today at the cemetery in the Bitola village of Bukovo, for whom the family and the police have been looking since May 13 of this year, when he was reported missing.

The decomposed body was found on the evening of the first of August next to his car parked near Lake Tikvesh.

Due to the poor accessibility of the field, police teams from OVR Kavadarci and SVR Veles carried out an inspection on the spot the next day, and the public prosecutor on duty from the Basic Public Prosecutor's Office Kavadarci issued orders for an autopsy on the body of the deceased in order to determine the causes of death. Due to the poor condition of the body, a DNA analysis order was issued to determine the identity.

The family has not yet received the results of the autopsy, so even today, on the day of his funeral, all the circumstances from the day of his disappearance on May 13 to the day of the discovery of his lifeless body remain unclear, a period of almost three months in which no one noticed him neither the body nor the car abandoned by Lake Tikvesh. Although the terrain is inaccessible, it is still used by the local population, but so far no one has reported anything unusual in that area.

The results of the autopsy should show when the boy died and whether it was a violent death.

A suspected pedophile from Bitola was arrested, he attacked a child in his home