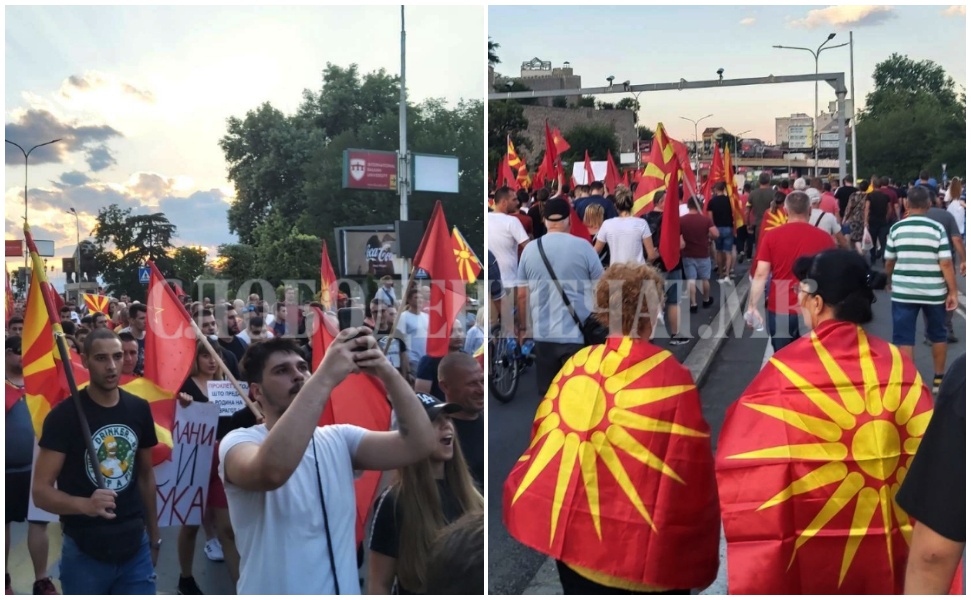 Today, a protest against the French proposal began in front of the Government, where citizens gathered with banners on which, among other things, the motto of this protest "Ultimatum - No thanks" is written.

This is the fifth day that citizens and some of the opposition parties have expressed their dissatisfaction with the French proposal, which they believe is harmful to the state and does not protect state interests.

Before the start of the protest, the leader of VMRO-DPMNE gave a statement to the media. Hristijan Mickoski, who repeated the views and demands of the party regarding the proposed documents from the EU and appealed for the mass of the protests, condemning the violent behavior of individuals.

Tax reform under the scrutiny of the business sector