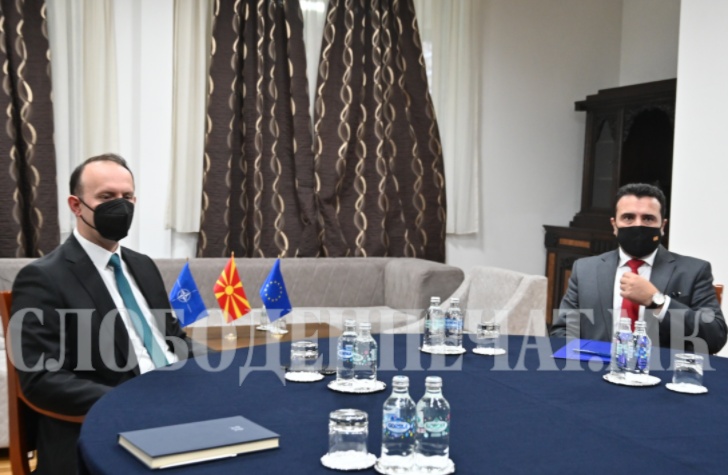 The meeting between the Prime Minister Zoran Zaev and the President of the opposition Alternative for the possible entry of that party in the Government and consolidation of the parliamentary majority with plus four MPs has just started in the Club of MPs.

The beginning of the meeting is prolonged for almost half an hour, because previously at the same location Zaev had a meeting with the President of Poland, Duda.

The expectations of SDSM are that after the meeting Zaev - Gashi, the Government will get a new partner and that the parliamentary majority will have 64 MPs, including Besa MP Kastriot Rexhepi.

Ahead of the meeting, yesterday, Alternative MP Skender Rexhepi said that he believes that Alternative will be part of the Government and that they will give priority to the European integration processes.