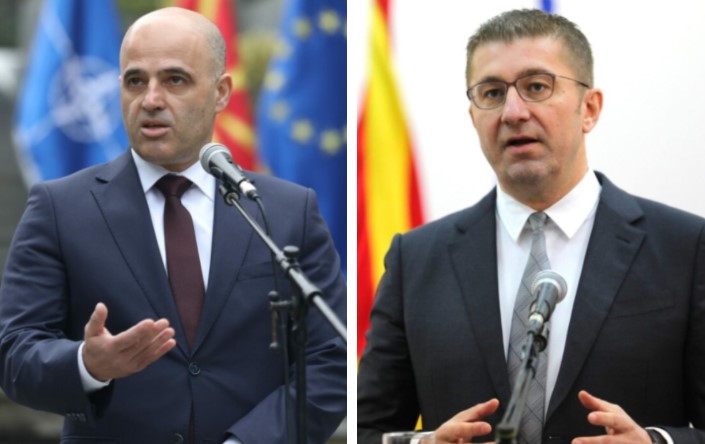 The meeting of Prime Minister and SDSM leader Dimitar Kovacevski and the president of the opposition VMRO-DPMNE Hristijan Mickoski regarding the French proposal to lift the Bulgarian veto and open the negotiations for the membership of North Macedonia in the EU began in the Club of Deputies this afternoon.

After today's meeting, Kovacevski and Mickoski are expected to give statements to the media.

The fire has been localized near Dojran and Bogdanci

In the last three days there have been 1,233 new covid-cases and 7 deaths

Dr. Petlichkovski: For now, there is no need for new restrictive measures

The fire near Furka is still active, "Air tractor" and police helicopter intervene

ZNM: Harassed journalists by officials in Communal hygiene, the Ministry of the Interior should react urgently

Nikoloski: I call on the government for early elections and a referendum