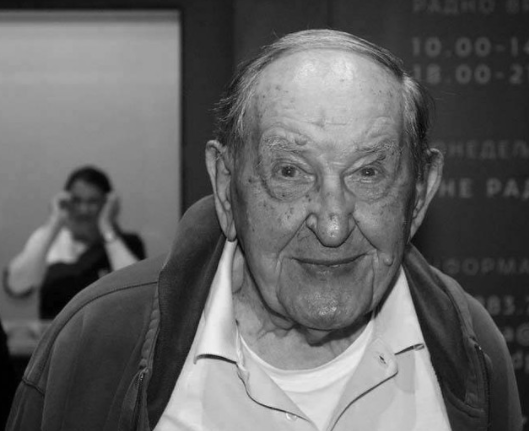 The famous actor was recently hospitalized due to complications caused by the coronavirus. According to the mentioned media, Vlasta died last night at 2.30 am in the hospital "Dragisa Misovic".

Vlasta was born on July 28, 1926 in Belgrade. He spent more than 70 years on stage, during which time he played more than 350 roles, which is why many will agree that he is a Serbian acting legend. He has received numerous awards for his work over the years, and was his last and favorite
the award for lifelong honorary member of the Yugoslav Drama Theater.

He has collaborated with numerous theater, television and film directors, and his lines are retold from generation to generation. The government starred in 45 feature films, 61 television films and 56 series. He first appeared on the movie screen on July 14, 1959 in a war drama
"Nights and Mornings" directed by Pierre Majhovski, written by Meшаa Selimovi..

#shop #scene #magazine slider #The government of Velisavljevi.
Share
Video of the day

Adele got so drunk that she forgot she was famous: The recording became a viral hit

Angelina Jolie's daughter turns 16: Shiloh has grown up in public

Helen Mirren and Andy McDowell delight at Cannes Film Festival: They played on the red carpet