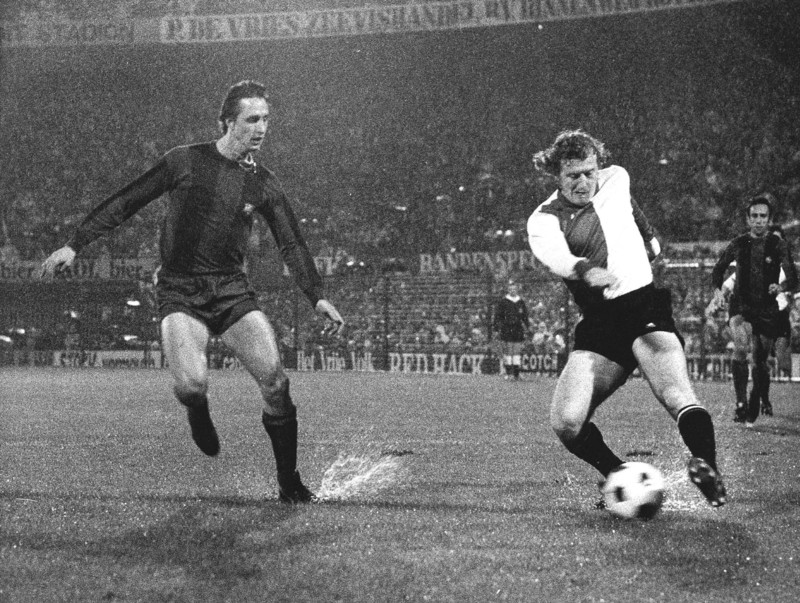 Wim Jansen and Johan Cruyff were part of the Dutch national team that played in the 1974 and 1978 World Cup finals / photo: EPA / -

Former Dutch international Wim Jensen has died at the age of 75, the Feyenoord team announced.

Jansen was suffering from dementia, and his former Feyenoord team called him "one of the best footballers to ever play for the team" in a press release.

Jansen with Feyenoord in 1970 triumphed in the then European Champions Cup (now the Champions League), which is also the first European title for a Dutch team.
Four years later, he was captain of Feyenoord when he defeated Tottenham in the UEFA Cup final.

The biggest compliment on what kind of footballer Jansen was came from the legendary Dutchman Johan Cruyff who once said that Jansen is one of the four people in the world worth listening to when talking about football.