"PNV Publications" will promote the novel "Voshitsky" by Marko Gregor 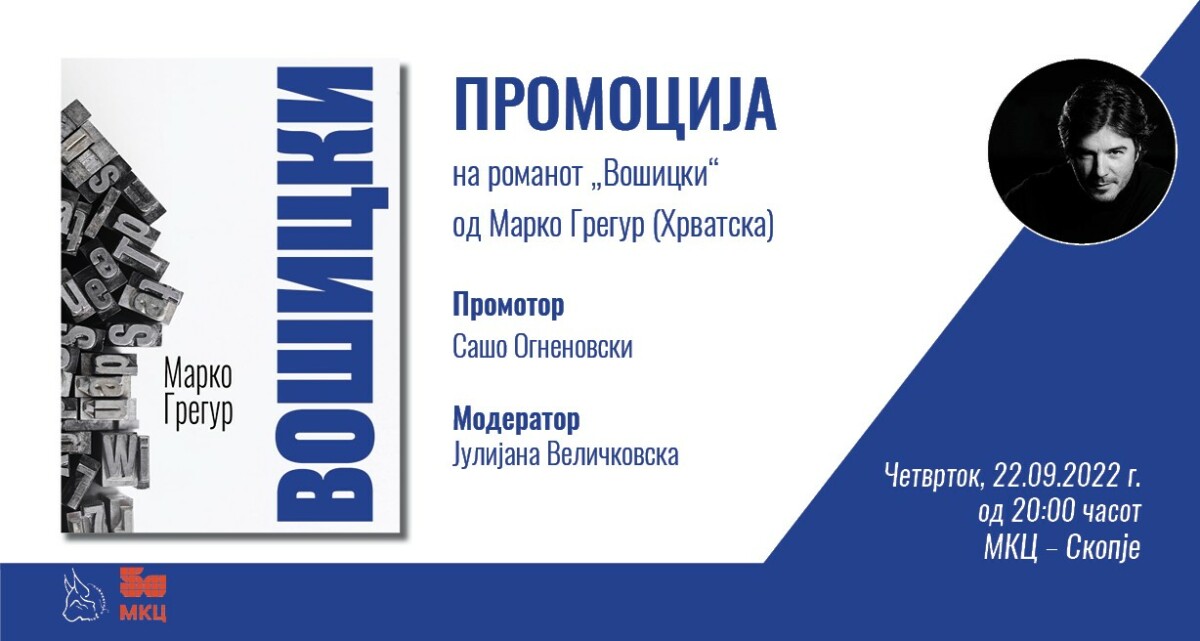 The promotion of the Macedonian translation of the novel "Vosicki" by the Croatian writer Marko Gregor, winner of the "Fritz" and "Vladimir Nazor" awards in 2020, will be held on September 22, at 20 p.m., in the MKC. The promoter of the novel is Sasho Ognenovski (translator of the work), and the event will be moderated by Juliana Velichkovska.

The work "Voshitsky" is a novel about the endless suffering of man whose books have remained as a part of eternity. Vinko (Vincenz) Vosicki, a naturalized Czech in Koprivnica, in the whirlwind of the turbulent history of the first half of the twentieth century lives the curse of the printer, of the one who documented the history that always and with great force hit him and tried to destroy him.

In his life path, brilliantly told by Marko Gregor, we recognize all the nausea of ​​political upheavals, we taste the bitter taste of the tragic guilt of a man whose nobility is epochal. In this novel, Gregor talks about the historical upheavals that had no mercy on man, who was desperately trying to survive in circumstances and situations full of death and destruction.

Vinko Vosicki, documenting that political destructiveness ex aeterna, relives that martyred life as a printer and on the first works of Miroslav Krleža, as one of the first owners of the rights of the great author Karl May, but also as a man who continuously awakened the reader's spirit. As a great martyr of the modern social chaos, Voshitsky rose above the material world and although always on the edge of impoverishment and ruin, he is also a prototype of a great fighter for humanism, which was very different from that time.

- "Vošicki" by Marko Gregor is a novel about the suffering of those who could not be part of any government, those who knew that they could only be believers in their devotion, as well as in what will remain after wars and politics and after all of us – the book. Following the fate of Vinko Vosicki, this novel follows the wisdom of the book and its survival in times full of hypocrisy and hatred, times that somewhat resemble today's - explains Sasho Ognenovski. 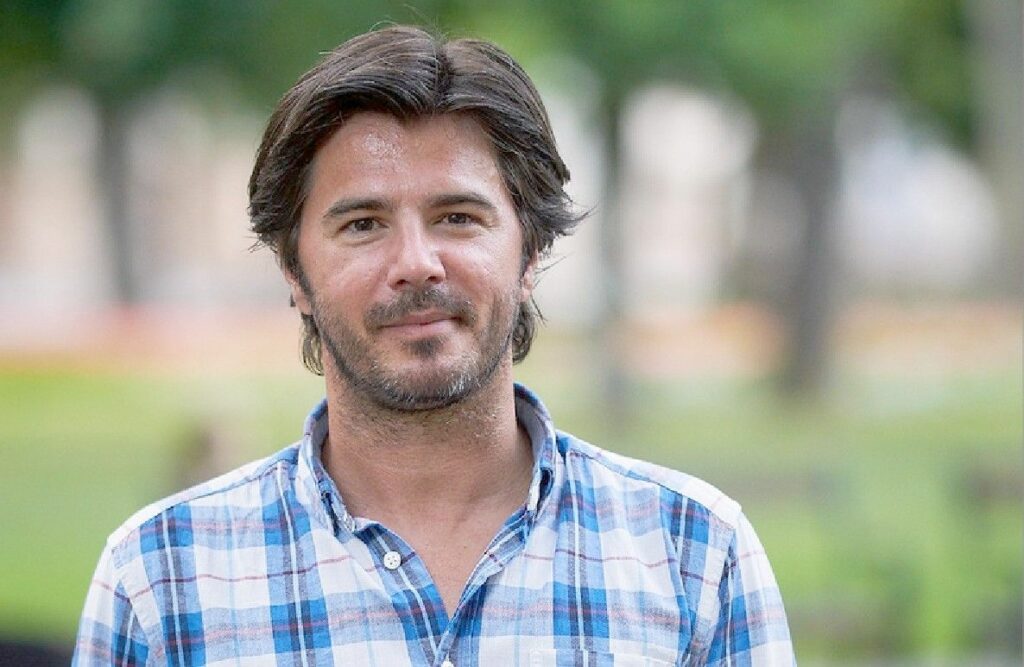 He writes poetry and prose. He is the winner of several awards, including: "Fritz" (2020) and "Vladimir Nazor" (2020) for the novel "Voshitsky", the "Ivan Knight of Trnsky" award, the "Ulaznica" award and "Prozac", award for the best prose manuscript by an author under the age of 35.

He is the initiator of the festival "Alpe Jadran - a festival for young writers", he is a member and president of the Board of Directors of the International Literary Festival "Galovicova Esen", he is the host of the literary forums "Libarenje", one of the initiators is also the editor-in-chief of the magazine "Articulations".

Recognition for the publishing project of "Makedonica Litera" in China