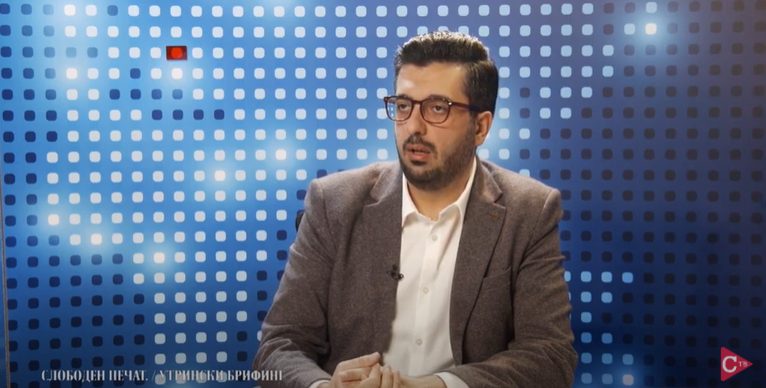 The National Bank has demonstrated clear steps to stabilize inflation expectations and to deal with inflation in the medium-term perspective, so the effects of those interest rate increases have yet to be felt, as it takes some time to see the effects, says university professor Marjan Petreski in a statement to MIA, commenting on the latest decision of the central bank not to increase the basic interest rate in conditions of inflation.

We passed the peak of inflation, says Petreski, in July and starting from August, unless there is a new shock that cannot be predicted now, the monthly inflation will drop significantly, and thus the annual one, including as a result of the base effect of last year.

- During this period, the pressures on food prices at the global level eased, and an additional effect is expected from the agreement between Russia and Ukraine, mediated by Turkey, for the export of grain. Pressures on energy prices are still present, but more stable than before. In such circumstances, it is to be expected that the reaction of the domestic monetary policy will remain mild, because the risks to growth are still pronounced, and inflation is predominantly transmitted by global developments, with a rate that reflects the fact that in our country, food and energy have a greater share in the consumption basket of the citizens, compared to EU countries and some neighboring countries, emphasizes Petreski.

He points out that by increasing the basic interest rate four times from April to July this year, the National Bank has demonstrated clear steps to stabilize inflation expectations and to deal with inflation in the medium term, and the effects need some time to be seen.

Eco-awareness: To take away the concessions of the small hydropower plants in Mavrovo

Celebrated World Crow Day: We set out to conquer the world with an autochthonous variety

SSK requires: The installation of photovoltaics to proceed in parallel with the provision of necessary permits

A tender is being prepared for the second part of the Skopje - Blace highway, the existing road will be renovated