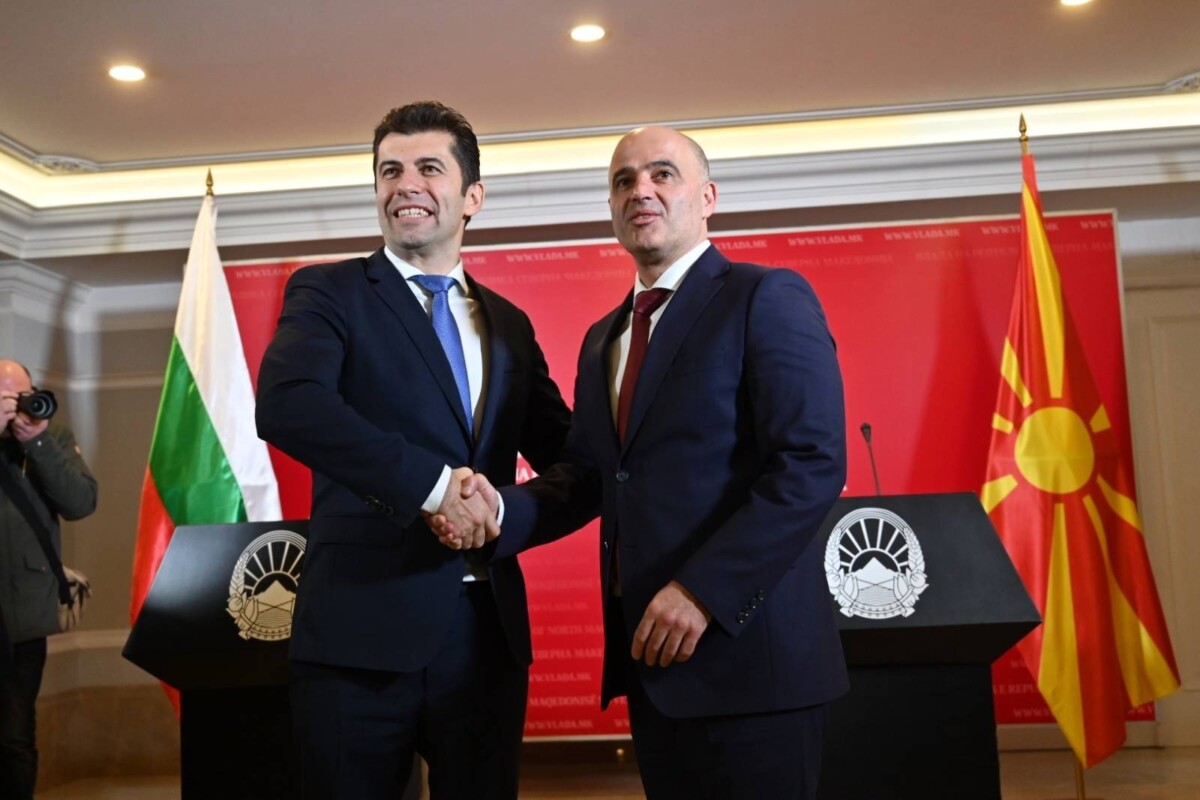 - The ministers who came to Bulgaria were in huge numbers and we made great progress in many areas. We signed three memoranda, which were in many key areas, including Corridor 8. It was dropped from the list of European projects, if we want to include it will happen with joint work, said Petkov.

He said that during the talks on the economy and infrastructure, the two sides also discussed topics that are important for Bulgaria - the rights of Bulgarians in RS Macedonia and the framework position.

- Kovacevski said that he sees no problem with the inclusion of Bulgarians in RS Macedonia in their Constitution. He did not commit to time, said Petkov.

According to him, there are many declarations from both sides, but the real work is not done.

On February 4, Bulgaria and Northern Macedonia are preparing a joint celebration of Goce Delchev on the occasion of the 150th anniversary of his birth, announced the Bulgarian Prime Minister Kiril Petkov in the National Assembly.